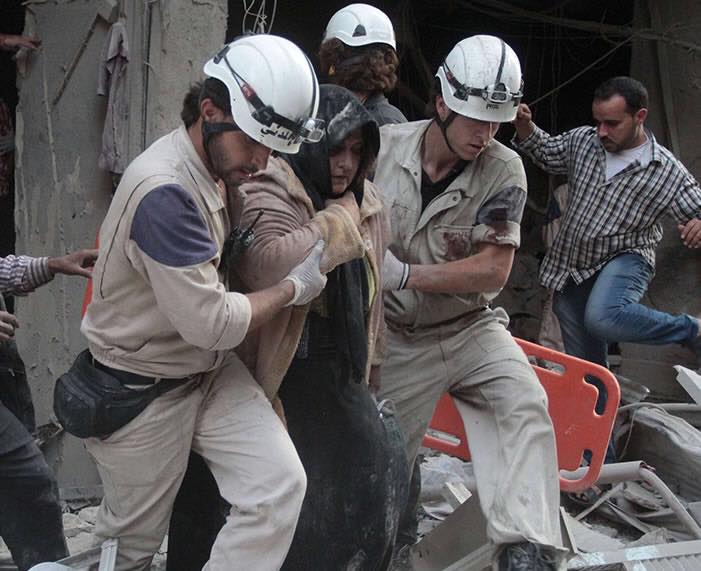 The world’s highest human­i­tarian honor, the Nobel Peace Prize, went Friday to the Inter­na­tional Cam­paign to Abolish Nuclear Weapons. Con­sid­ering what we’ve seen in the news about North Korea, that sounds like a good choice. There’s just one problem: The orga­ni­zation hasn’t done any­thing, and there’s a more deserving candidate.

ICAN is a Geneva-based coalition of hun­dreds of non-gov­ern­mental orga­ni­za­tions whose con­tri­bution to the safety and security of the world con­sists of pro­moting a United Nations treaty against nuclear weapons. A piece of paper com­batting nuclear warfare feels flimsy enough as is, but there’s another hiccup: None of the world’s nine nuclear powers — including the United States, China, Russia, and North Korea — have signed it.

The Nobel Peace Prize com­mittee could have instead taken the oppor­tunity to cel­e­brate a group that, rather than pro­moting an imprac­tical ideal of world peace, has saved thou­sands of lives in a country ravaged by civil war. The 2017 Nobel Peace Prize should’ve gone to the White Helmets.

Hun­dreds of bombs barrage Syria each day, while Pres­ident Bashar al-Assad and his gov­ernment combat oppo­sition forces. ISIS, which quickly joined the rebellion, now con­trols much of Eastern and Central Syria. This war has stretched on for six years and has resulted in almost 500,000 deaths.  It gen­erated the refugee crisis that has engulfed the region and spilled into Europe. It has also raised ques­tions in the United States about how many refugees the gov­ernment should accept.

During that time, the White Helmets have rescued 90,000 souls. Launching unarmed into rebel-held areas, the res­cuers save the injured and unaided. They are not sol­diers, but civilians.

Some 3,000 White Helmets para­medics served the country and the White Helmets was the only rescue group still entering Aleppo, Syria’s largest city, according to a Wall Street Journal report last year.

If that name sounds familiar, you may remember when Lib­er­tarian pres­i­dential hopeful Gary Johnson infa­mously asked an MSNBC reporter last fall, “What’s Aleppo?” The answer, according to the reporter, was “the epi­center of the refugee crisis.”

“The White Helmets,” a film on the group, won Best Short Doc­u­mentary in the Oscars this year. One scene reveals a rescuer pulling a wailing infant from fallen blocks of cement. He raises the child to the camera as voices around him cheer.

For two years the White Helmets have received a nom­i­nation for the Nobel Peace Prize. It’s a shame that a group that sends res­cuers into per­ilous sit­u­a­tions and pro­vides peace to thou­sands of victims of war lost to a com­mittee of bureaucrats.

The Syrian refugee crisis may not sound as dire as nuclear warfare. But the Nobel Peace Prize bears the most power when it’s con­nected to a people and a place. More than 150 White Helmets have died saving thou­sands of lives. Let’s honor heroes who have put in action, rather than words.

With North Korea on the warpath, we want to hear talk about getting rid of nuclear weapons. But let’s stop giving awards to people who say the right things and get involved in the right issues. Save those awards for success.

We cheapen peace by pre­tending it can be bought with a treaty. Real peace requires sac­rifice. The White Helmets know it well.

“In the White Helmets we have a motto,” says one vol­unteer in the trailer for the doc­u­mentary. “To save a life is to save all of humanity.”