Hillsdale College pro­fessors from various aca­demic fields voiced their opinion on the removal of Con­fed­erate sol­diers statues across America in the aftermath of the violent protest in Char­lottesville, Vir­ginia on Aug. 12.

“I think it’s lam­en­table that they’re removing those statues,” Michael Jordan, pro­fessor of English, said. “Every hero has got some kind of flaw or every hero has embraced some­thing that is not ideal and perfect and pure. Where would it stop, is another thing.”

A native of North Car­olina, Jordan gave an example from his “neck of the woods,” as he put it.

“There’s now dis­cussion about removing the mon­ument to Zebulon B. Vance simply because he was the gov­ernor in North Car­olina during the Civil War,” he said.

“Do they truly give us roots — a con­ti­nuity with our past, not just mindless col­lecting?” he said in an email. “Or do we need to raze them as hostile to living?”

Slack said as a person who has taught American history, he enjoys vis­iting mon­u­ments to the Con­fed­eracy but has little per­sonal identity in them.

“Ulti­mately, history is for the living, not the dead, and this is largely a battle for South­erners, whose votes will determine the mon­u­ments’ fate,” said Slack.

He thought most of the cri­tique of the Con­fed­erate mon­u­ments today “is a lot deeper and wider” than just the history of slavery and secession.

“They’re cri­tiquing America itself and basi­cally using this as a statement of rejecting who we are and who we’ve been,” said Car­rington. “And I think that’s a much broader cri­tique that is much, much harder to be sym­pa­thetic to, espe­cially to those who are con­ser­v­ative.”

He thought that Hillsdale’s founders and those to whom the college’s Union soldier statue is ded­i­cated might have had “a serious problem with statues to Jef­ferson Davis” because Hillsdale was “a hotbed of anti-slavery sen­timent.” However, Car­rington said their objection would be based on America’s founding values.

“I think a lot of people [removing Con­fed­erate mon­u­ments] today would reject that and claim that even Hillsdale, and what they were doing, was a part of a broad, evil, despi­cable claim,” said Car­rington.

Slack also said that if these mon­u­ments to Con­fed­erate sol­diers and leaders are going to be taken down, the appro­priate method to do so is through the municipal, county, state, and federal laws, “and not out of intim­i­dation from groups advo­cating for either side.”

“Indeed, until they are removed, these statues are the property of their respective com­mu­nities, and they ought to be pro­tected,” Slack said. 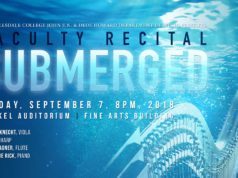 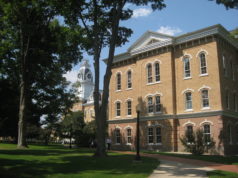 The Weekly: Go to office hours