Two Hillsdale College alumni have upped the ante in their lawsuit to overturn Michigan’s pro­hi­bition of “ballot selfies.”

Plaintiff Joel Crookston ’06 and Steve Klein ’05, his attorney, filed a motion to reply on Monday in their fight to amend a com­plaint they filed a year ago against Michigan election rules that pro­hibit people from pho­tographing a marked ballot. The amended com­plaint would not only argue the ban on ballot pho­tographs — which carries a maximum pun­ishment of 90 days in jail, a $500 fine, and for­feiting one’s ballot — is a vio­lation of free speech, but of voting rights, too.

“Because there’s no trial, there’s no appeal, the pun­ishment can just be dealt by the poll workers, and you have no due process,” Klein told The Collegian.

Klein — an attorney for the Pillar of Law Institute in Wash­ington, D.C. — and Crookston, who works in phar­ma­ceu­ticals and as a DJ, are seeking to amend the lawsuit after a depo­sition on July 14 revealed that poll workers have used Michigan’s ballot for­feiture rule to reject ballots from being counted before.

Ottawa County Clerk Justin Roebuck ’06, a former classmate of Crookston and Klein, tes­tified as an expert witness on behalf the state of Michigan on the enforcement of the rules. In the depo­sition, Roebuck recalled that while he served as Ottawa County’s election coor­di­nator, a “defiant voter” was showing his ballot to others, according to the depo­sition tran­script. After he refused to conceal the ballot, he had to forfeit his vote. The indi­vidual was not taking photographs.

“Because Justin laid that out so clearly, that was the first time we finally had a clear under­standing of how this law actually works and how this would affect Joel, our client, if he were to do this not just in terms of free speech but voting rights,” Klein said.

Roebuck, however, said he worries a change in rules actually will threaten voters’ rights. Taking photos of other voters at the poll may violate their privacy. People may also use ballot selfies to coerce cit­izens to vote a certain way with the pho­to­graph pro­viding proof. Avoiding such pressure was the original reason for the law, he said.

“I do not see the ballot exposure law as a vio­lation of freedom of speech,” he said. “The act of voting is an expression of freedom speech, but when you begin allowing others to come into a place that has always been sacred, that’s always been private at least since the 1890s when we intro­duced the secret ballot method in Michigan elec­tions, that’s really a cor­ner­stone of the voting rights act itself.”

He added that voters can take photos outside of the polling location and with their “I Voted” sticker.

Crookston and Klein filed the amendment on Aug. 21. The state of Michigan, however, is arguing the filing was delayed and is now too late.

“By lawyer stan­dards, you could not go any faster,” Klein said, adding he hopes to see the pro­posal adopted in about two months.

The case began in Sep­tember 2016, when Crookston and Klein filed their lawsuit against the 125-year-old rule. On Oct. 28, U.S. Dis­trict Judge Janet Neff approved their request for a pre­lim­inary injunction to suspend the ballot selfie ban’s punishment.

The 6th Dis­trict Court of Appeals, however, on Nov. 3 granted an emer­gency stay from Michigan Sec­retary of State Ruth Johnson and Attorney General Bill Schuette to delay the injunction , citing logis­tical con­cerns with the imple­men­tation of the ruling so close to the Nov. 8 election.

Klein and Crookston then entered into a dis­covery process to gather more facts for the case, which is atypical of First Amendment cases, Klein said. Nor­mally, a citizen tes­ti­fying that a law or rule pre­vents them from speaking freely will suffice.

“We’re in the right,” Crookston said. “They’ve fought tooth and nail and wasted Lord knows how many dollars in fighting this when it seems like it would be much simpler to amend these rules that were made long before 2017 and the exis­tence of smartphones.”

The research revealed the sec­retary of state leaves the tracking of ballot for­fei­tures up to county clerks and that the rule is enforced rarely. A social media analysis also showed many people of all dif­ferent par­ti­san­ships in Michigan share ballot pho­tographs online either to protest Michigan’s rule or because they are unaware of it.

The pro­posed amendment also removes the term “ballot selfie.” Klein said although the term is accepted both pop­u­larly and in law, he is looking to clarify the claim to mean any photo of a marked ballot, whether it includes a person in it or not.

This is not the first time Klein has taken on ballot pho­tographs. In Col­orado, he part­nered with Michael Fran­cisco, a 2004 Hillsdale alumnus and attorney and partner at MRDLaw, in a lawsuit against the state’s pro­hi­bition of ballot selfies. They won, and after the state appealed, the Col­orado state leg­is­lature repealed the law.

“It struck me as one of many laws that are on the books but are uncon­sti­tu­tional, but they rarely end up getting chal­lenged,” Fran­cisco said. “The idea that you can chill people from engaging in political speech by threat­ening them with $1,000 fines and that they would be a criminal for posting a ballot selfie, it seemed like a law that’s begging to be challenged.”

Klein said he is hoping for a similar outcome in Michigan and expects a ruling by mid-2018. The party that loses, however, is likely to appeal, he said.

“This is not a cause of cen­sorship; it’s a cause for cel­e­bration,” Klein said. “It speaks to, unfor­tu­nately, how easily bureau­crats can censor cit­izens and how cal­lously they can do it when you have some­thing as simple as this, not just as harmless but quite the con­trary, very ben­e­ficial to society. They find some reason, any reason, to punish you and shut you up. As goofy as this case may seem at first glance, it’s very important, and I’m cer­tainly looking forward to vin­di­cating Joel’s rights.” 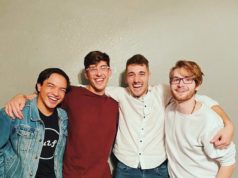 Alums release new post-pop album ‘When the sun gets low’ 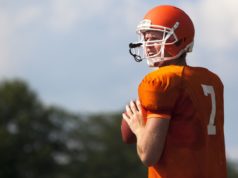 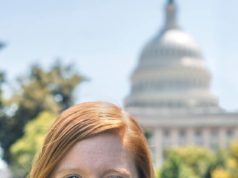