Spanish Fort, Ala. — Alabama’s gov­ernor appointed William Sellers ’85 to the Alabama Supreme Court on May 25 to fill the vacancy left by now-Chief Justice Lyn Stuart.

Sellers is a longtime aide of Repub­lican Gov. Kay Ivey, having served as the chair of her 2010 and 2014 cam­paigns for lieu­tenant gov­ernor. With Sellers’ appointment, all nine of the court’s members are Repub­lican.

Sellers said he sees his position as a role to ensure the legal system treats people respon­sibly and fairly.

“I realized there was a lot of good you can do to help the legal system as a judge,” he said. “I was thinking about that for the last several years.”

“My area in law was tax law, because I always felt like people needed rep­re­sen­tation against the IRS and needed help nav­i­gating very com­pli­cated rules and reg­u­la­tions,” he said.

Sellers is one of only a few U.S. lawyers who has won in lit­i­gation against the Internal Revenue Service and the Res­o­lution Trust Cor­po­ration, according to his member profile on the Repub­lican National Lawyers Asso­ci­ation website.

Pro­fessor of History Emeritus John Willson said Sellers was a “ter­rific student” and that he is not sur­prised to hear of Sellers’ appointment.

“He is a very capable guy,” he said. “He is the type of person who would be inter­ested in serving in a public capacity. I know he was always intending to do things in law larger than simply a law practice.”

Although Sellers was willing to attend Hillsdale College because of his con­ser­v­ative values, Willson said Sellers always intended to return to his home state.

“He was a true southern gen­tleman,” Willson said. “He came from an old Mont­gomery family, and they were south­erners in the truest, best sense of the word…Believe me, there was never any chance he was going to become a yankee.”

Sellers has been active in Repub­lican pol­itics over the years, in addition to his involvement in several com­munity orga­ni­za­tions and pro­fes­sional asso­ci­a­tions. His current involve­ments include the Alabama Repub­lican Lawyers Asso­ci­ation, the Alabama World Affairs Council, and the Alabama State Com­mittee for the Arts. He also serves as a trustee for Hunt­ingdon College, a Methodist liberal arts college in Alabama.

“I am humbled to be appointed an asso­ciate justice of the Alabama Supreme Court, and I thank Gov­ernor Ivey for her con­fi­dence in me,” Sellers said in a statement. “I will respect the rule of law and apply the law equally without bias or respect to person or station in life.”

Sellers will com­plete Stuart’s term, which ends in January 2019. 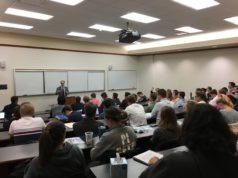 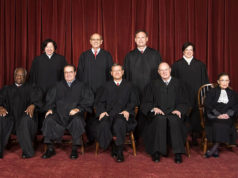