Provost David Whalen made the announcement Wednesday, after Esolen accepted the college’s invi­tation to address the class of 2017. Senior class officers said they chose Esolen to speak based on rec­om­men­da­tions from faculty, peers, and alumni.

“I think he is going to give an impactful, pow­erful speech,” senior class Pres­ident Jacob Thackston said. “It’ll be a speech to remember for the rest of our lives. That is what we wanted most of all.”

With help from Pres­ident Larry Arnn, the senior class officers nar­rowed down a list of 24 names, deciding upon Esolen in Sep­tember. Thackston said several pro­fessors as well as Vice Pres­ident for External Affairs Douglas Jeffrey rec­om­mended Esolen for com­mencement speaker. He was ulti­mately chosen because he would be an engaging speaker that could impart wisdom on the class of 2017 upon their grad­u­ation.

“We decided Esolen is the best fit,” Thackston said. “He is an incredible speaker.”

Esolen, a pro­fessor of Renais­sance English lit­er­ature and the devel­opment of Western civ­i­lization at Prov­i­dence College, in Rhode Island has trans­lated several clas­sical works, including Dante Alighieri’s “Divine Comedy” with Modern Library Classics from Italian into English. His “Inferno” pub­lished in 2002 and “Par­adise” in 2005. Some English pro­fessors at Hillsdale use his copies in their Great Books I classes.

“Com­mencement speakers have an impos­sible task,” Whalen said in an email. “Dr. Esolen is expert at rising to impos­sible but glo­rious tasks, as his beau­tiful trans­lation of Dante demon­strates. I am delighted for the class of 2017, for the college, and for all who attend.”

Hillsdale’s class of 2015 officers actually invited Esolen to speak at their com­mencement, but he had to decline because of sched­uling con­flicts. British scholar Michael Ward, known for his study of C.S. Lewis’ “The Chron­icles of Narnia,” spoke instead. Members of the student body also voiced their support for Esolen earlier this semester in the Sept. 17 issue of The Col­legian.

Spring com­mencement won’t be the first time Esolen speaks at Hillsdale, however. In 2012, he delivered a Center for Con­structive Alter­na­tives seminar lecture on “What is an Epic?”

“We had alumni tell us, ‘That was the best speech we ever heard,’” Thackston said.

Esolen is an editor and writer for Touch­stone mag­azine, which covers matters relating to religion, culture, and lit­er­ature. His work has also appeared in the Claremont Review of Books, Mag­ni­ficat mag­azine, Crisis Mag­azine, and The Catholic Thing. In the past, he has written a column for Inside Catholic’s website.

A Sept. 26 piece Esolen wrote for Crisis Mag­azine caused a stir on his campus. In it, he crit­i­cizes secularism’s idea of “diversity” as a political movement that pushes for “homo­geneity.” He argues real diversity is in the natural foun­da­tions of the human race such as in gender.

Fol­lowing its pub­li­cation, Esolen became embroiled with the meaning of diversity at Prov­i­dence, Thackston said, which actually caused him to delay his accep­tance of Hillsdale’s invi­tation to speak at com­mencement for two months.

As Thackston applies for top 10 law schools, he said he hopes to learn from Esolen’s expe­rience in such con­tro­versies.

“He has faced liberal aca­d­emics,” Thackston said. “For us to hear from someone who has faced that culture at the uni­versity level first hand will be valuable for us.”

Esolen has also pub­lished eight works of his own with a ninth being released on Dec. 7 called “Real Music: A Guide to the Timeless Hymns of the Church.” His latest books are “Reflec­tions on the Christian Life: How Our Story Is God’s Story,” “Ten Ways to Destroy the Imag­i­nation of Your Child,” and “The Polit­i­cally Incorrect Guide to Western Civ­i­lization.”

Arnn said Esolen is a fine choice for the class of 2017’s final lecture at Hillsdale.

“He is an elo­quent and learned man, who knows what com­mencement is all about,” Arnn said in an email. “He will be great.” 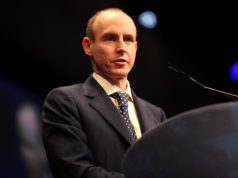 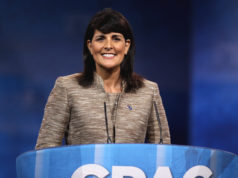