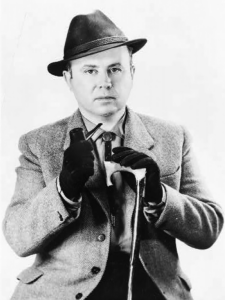 On a visit to Russell Kirk’s country home, Piety Hill, in Mecosta, Michigan last summer, I explored the grounds of his property — the sprawling lawns under sycamore trees he planted for each of his daughters, the wood-paneled library full of his favorite books, the Ital­ianate house dec­o­rated with swords, sacred images, and ori­ental carpets. Sur­rounded by these arti­facts, I felt I was getting to know him and given insight into his greatest loves — for God and his family, for his country and Hillsdale College.

Kirk died more than two decades ago, but he remains a familiar name around Hillsdale. He is a sort of grand­father to the college, for he knew our con­ser­v­ative heroes per­sonally and told their stories. Through his writing, he com­mu­ni­cated the nature of true con­ser­vatism, that “the con­ser­v­ative is con­cerned, first of all, with the regen­er­ation of the spirit and char­acter — with the perennial problem of the inner order of the soul.” Even after his death, he con­tinues to guide the way that we think about the purpose of con­ser­v­ative char­acter and liberal education.

Though we laud Kirk’s work, we have yet to honor him in the way we have honored others. Let’s make him the next statue on the Liberty Walk.

Kirk embodied the spirit of Hillsdale, inte­grating the prin­ciples of the Western tra­dition into a way of life — the life of the gen­tleman or, to quote him, “the humane man.” Between earning his master’s degree at Duke and his doctor of letters at the Uni­versity of St. Andrews, Kirk served in World War II, lamenting the United States’ dev­as­tating decision to bomb Hiroshima and Nagasaki. He loved to take long, quiet walks through the moors of Scotland and the sandy roads near Piety Hill. He helped to found the con­ser­v­ative journal Modern Age, to which he con­tributed for much of his life, and later, was named a fellow at the Her­itage Foun­dation. Kirk is well known for his book “The Con­ser­v­ative Mind” that traces the con­ser­v­ative tra­dition from Edmund Burke to George Santayana.

He thought con­ser­v­a­tives should be leaders, but know their roles as members of a tra­dition and a com­munity to which they owe their grat­itude and love. Kirk and his wife Annette were known for their hos­pi­tality, enter­taining writers, artists, hobos, and refugees. Hillsdale Pro­fessor of Eco­nomics Ivan Pon­gracic grew up at Piety Hill after Kirk took in he and his father, an aca­demic, who had fled from Yugoslavia.

Kirk fos­tered rela­tion­ships with thinkers like Richard Weaver, William F. Buckley Jr., Flannery O’Connor, and T.S. Eliot — the con­ser­v­ative pil­grims of business, pol­itics, and academia. Kirk shared his expe­rience in the con­ser­v­ative movement with Hillsdale, even­tually teaching one course each year as Dis­tin­guished Vis­iting Pro­fessor of Human­ities. He no doubt took evening strolls down Half Moon Road or perhaps through the grassy cemetery grounds, where he would have found great fodder for his famous ghost stories.

After his death, his wife helped establish the Russell Amos Kirk Chair in American Studies at Hillsdale and donated Kirk’s library to the college, ensuring an ongoing rela­tionship between the college and the cul­tural renewal project at Piety Hill. Hillsdale’s current Russell Kirk Chair, Pro­fessor of History Bradley Birzer, recently pub­lished a biog­raphy on the life of Russell Kirk.

Russell Kirk proved a dear friend to the college — a model of the imag­i­native con­ser­v­ative — the vir­tuous, intel­ligent, and free man, con­scious of tra­dition and elo­quent in modernity. He is the last man on earth who would hope for a statue of himself to be erected on Hillsdale’s campus, but the hum­blest men are often the most deserving of honor. 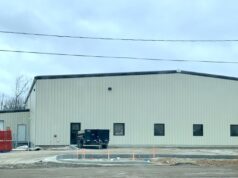