How did Hillsdale shape your worldview and political beliefs?

I’m def­i­nitely a lib­er­tarian, so I’m not as con­ser­v­ative on some things as Hillsdale is. But I love the idea that the gov­ernment does not get to decide what this private insti­tution gets to teach. There is so much indoc­tri­nation right now. I spent years reporting college news for Campus Reform, and the indoc­tri­nation at these schools is absolutely real. If the gov­ernment con­trols the purse strings, then they can control the edu­cation. Also, the bravery of Hillsdale to do this is amazing. It has shown that a private solution for edu­cation is pos­sible and works so well.

You said that you are not as con­ser­v­ative as most of Hillsdale. Does Hillsdale only tol­erate one strain of views?

There’s a lot more diversity of thought here than you would think. There are Repub­licans and con­ser­v­a­tives but also libertarians.

What is lib­er­tar­i­anism to you?

I define it as free markets and no “judgies.” It means limited gov­ernment in all aspects. So get it out of eco­nomic policy, have a sen­sible foreign policy, and allow social deci­sions to be made by the individual.

How did you get involved with Greg Gutfeld and the Fox News Channel?

In light of Fox News being viewed as con­ser­v­ative, what is it like working for a station with which you dis­agree on many policies?

What pre­pared you to be on television?

Stand-up comedy and writing helped me a lot. I had to work hard, take risks, believe in myself, not give up, and there was a little bit of luck involved. And talent, I guess I must have a little bit of talent.

It was great. I mostly opened for people but I also head­lined a few times. I got to meet people and figure out what makes people laugh from Columbia, Mis­souri to New York City to Los Angeles. I can’t imagine having been on tele­vision without doing stand-up first. Stand-up is much scarier than tele­vision because on tele­vision, no one can tell you that you suck while you’re talking.

How did your career begin?

Right out of college I pursued my career. I moved seven times. I worked at The Wash­ington Times and Campus Reform, and then I was a traffic reporter before I began to work at National Review and started to make appear­ances on Fox News.

Which article is your favorite or most popular?

It might have been the fem­inist video that got me on “Red Eye.” I was trying to make a video at a fem­inist con­ference, but they found out that I worked for a con­ser­v­ative pub­li­cation, and so the women wouldn’t talk to me. But there have been so many articles I thought were going to do well that didn’t do so well. 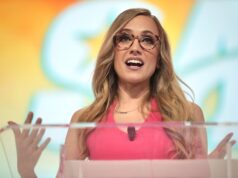 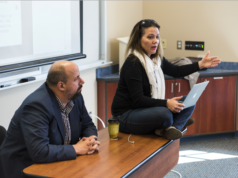