The concept of a gospel concert led by an icon as hip and profane as Kanye West is strange enough, but even as a member of the Jewish faith, I found myself to be one of the least unusual attendees in the crowd.

Last Thursday afternoon, I noticed a few of my house­mates giddily focused on their com­puters and phones. They were talking about a concert dubbed “Sunday Service” that had been spon­ta­neously adver­tised across social media and would be held in Detroit the very next day.

The mere notion of attending a gospel concert had never appealed to me before, but my time at Hillsdale College has broadened my under­standing of the Judeo-Christian faith, and I found myself intrigued by the modern inter­pre­tation of gospel.  I doubted I would ever have the chance to expe­rience this again.

The allure of a free Kanye West event was enough to con­vince me. I sped to my com­puter, waited in the online queue, and suc­cess­fully obtained two of only about six thousand tickets available. In the span of just fifteen minutes, all of the seats had been taken. I had hardly realized how esteemed this event was.

I wasn’t com­pletely unfa­miliar with West’s Sunday Ser­vices, a concept the Chicago rapper developed this past year which con­sists of gospel music com­bined with elec­tronic ele­ments. I first heard of them from my housemate, and I had thought that it would be a rap concert with a few ele­ments of gospel music.

Held in the Aretha Franklin Amphitheatre in Detroit, an airy venue right along Detroit River, the event proved to be a com­bi­nation of tra­di­tional gospel music, the talent of West and his choir, and a diverse crowd, the members of which held only a love of music in common.

Adver­tise­ments said the show would begin at 12 p.m. Almost two hours after my housemate and I arrived, the concert finally started at 2 p.m. A large crowd of col­or­fully-dressed per­formers walked on stage and warmed up their instru­ments. When West finally arrived, he was greeted with massive applause.

To my sur­prise, he didn’t seem to be the center of attention. Dressed in a large, non­de­script hoodie, Kanye main­tained his iconic appearance despite branching off from his typical style of music. Rather, the group of col­or­fully-dressed singers, called the “Sunday Service Col­lective,” seemed to be the focus of the show as they sur­rounded West and began singing gospel hymns.

The com­munal power of more than 50 members on stage amplified the metic­u­lously-clear tone of their voices. They started the show with a per­for­mance of “Hal­lelujah, Sal­vation and Glory.” This wasn’t the debut of new music. Instead, it was a beau­tiful tribute to great, old songs. For me, a prac­ticing Jew, it was an edu­cation in Christian culture as well as an unfor­get­table musical experience.

That’s not to say that the event was unin­flu­enced by Kanye’s sig­nature touch. West per­formed more con­ser­v­ative ren­di­tions of “Father Stretch My Hands” and “Ultra­light Beam,” two of his more famous songs, both of which typ­i­cally use elec­tronic elements.

Nearly every piece was per­formed with vocals, brass, drums, and an organ, staying true to each hymn’s authen­ticity, filling the airy amphitheater with booming per­cussion and piercing trumpet notes. I even felt the voices of the choir res­onating through the seats, as though as an audience member I was inside of each song.

The few excep­tions involved West live-mixing eccentric samples while accom­panied by the ener­getic dancing of the Sunday Service Col­lective that inspired most audience members to get up and dance. It was a com­pre­hensive expression of music in which everyone could participate.

Attending a gospel concert had been a new enough expe­rience for me already, but the legit­imacy of the Christian ele­ments imbued in Kanye’s music was solid­ified when Pastor Adam Tyson walked on stage halfway through the 90-minute concert and delivered a sermon to the crowd.

While I wouldn’t know how the sermon com­pared to typical ones, it cer­tainly seemed authentic as proven by the rise in the crowd and the occa­sional “hal­lelujah!” shouted by the singers and echoed by a few audience members. Even the concert-goers were inspired by the pastor’s raspy and echoing voice, letting their arms rise above their heads in an expression of inspired faith. His speech empha­sized the impor­tance of The Lord among other topics of Chris­tianity and gave me an intimate view of the passion behind the Christian faith.

Overall, Kanye West’s Sunday Service was nothing short of an unfor­get­table — dare I say, reli­gious — expe­rience, from the dynamic music to the focus on worship. West proved that modernity doesn’t have to stray from tra­dition and that the impor­tance of praising God has not been forgotten. 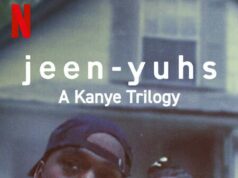 Kanye West documentary dives into past 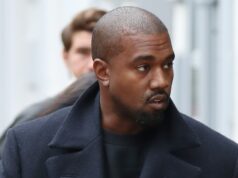 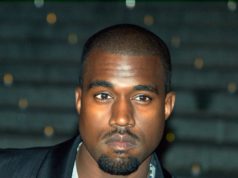