Noah Rothman spoke on Feb. 19 to stu­dents about his first book, “Unjust: Social Justice and the Unmaking of America.” Rothman is an asso­ciate editor for Com­mentary Mag­azine and a con­tributor for MSNBC/NBC News. He also con­tributes various opinion pieces to other news outlets including The New York Times and The Atlantic.

I cringe when people call me a jour­nalist, because I’m not a jour­nalist. I make no pre­tense towards objec­tivity. I have an opinion and a point of view, and I freely and readily express it. That doesn’t give me license to be dis­honest. I try very hard to be honest and forth­right and to acknowledge when my biases or predilec­tions or points of view have been chal­lenged in a way that is valuable for people with whom I am pre­dis­posed to dis­agree. But, jour­nalists in my view should at least attempt to be objective, and I’m not objective.

If you’re not a jour­nalist, what are you?

How did you get involved in this world of political analysis?

I came out of the enter­tainment world. I went to college on a per­forming arts schol­arship. I was theatre actor when I was in high school. I was a sophomore when 9/11 hap­pened. I was already con­ser­v­ative and inter­ested in news and enter­tainment on con­ser­v­ative talk radio.  I took an internship at WABC in New York. I hated it and I wasn’t good at it. Through a lot of twists and turns, I got out of radio, got a graduate degree in inter­na­tional affairs, and then started writing about pol­itics pro­fes­sionally after grad school. I con­sumed a lot of edi­torial opinion and that’s what I even­tually grav­i­tated towards. That was some­thing that enter­tained me and kept me engaged.

You’ve written your first book called “Unjust: Social Justice and the Unmaking of America.” What is it about?

People who might not have a lot of exposure to social media advo­cates might think that this is a pretty unob­jec­tionable concept to which anybody would appeal.

Social justice in the abstract is just a really unob­jec­tionable way of thinking about fairness and equality in a just society, righting his­torical wrongs. What could be more American than that?

In its current form, however, it has become the opposite of all that. It is the antithesis of the blind, objective justice we’d see in a courtroom. Its activists have embraced ideas that are anti­thetical to the American expe­rience. The notion that mer­i­tocracy, for example, is a myth or that indi­vidual person agency is a lie that your actions in life place you on a course in life that is in many ways pre­des­tined. When I talk to social justice advo­cates on the left and tell them that white suprema­cists believe all this too, they sort of look at you like that’s sort of outside their par­adigm. But it’s true. The social justice activists on the right and the left have become so similar that their dis­tinc­tions are blurred to the point where I refuse to make them. They are increas­ingly intol­erant total­i­tarian moments that are, in my view, incom­patible with the American exper­iment. That is the case I make in this book.

Do you have any advice for stu­dents wishing to enter the world of political analysis or pol­itics in general?

If you want to write about political opinions and analysis, you have to have some­thing to say, in order to have some­thing to say, you have to have a life. You have to lead a life, first. People that want to begin their careers as writers are, unfor­tu­nately, at a dis­ad­vantage, because they just simply do not have the expe­rience req­uisite to opine on issues with the kind of authority that you would have. Not because they haven’t had a life per se, although that is part of it, but because you haven’t had enough time to read. The only way to be a good writer is to read and read exten­sively. You only get better at writing by writing and by having editors who review your writing, pub­lishing, trial and error. All in all, it’s expe­rience like any­thing in life. 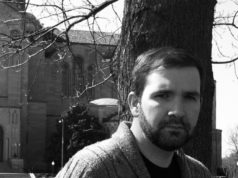 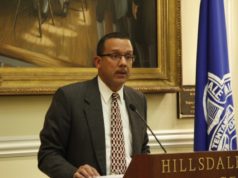