If the memes are right, a net neu­trality reg­u­lation expected to be revoked next week is the only thing standing between you and an over­priced internet bill for unloaded emails and buffering episodes of “Stranger Things.”

But repealing net neu­trality will not make your internet more expensive and sluggish. Neither will it crush com­pe­tition and permit cen­sorship. Most likely, the repeal will change very little. It may even have a pos­itive effect, expanding options both for internet service providers and con­sumers, so we can all enjoy our TV shows — and our memes.

Net neu­trality has been the internet standard since the pop­u­lar­ization of the web in the ’90s. It means that con­sumers pay an internet service provider (ISP), like AT&T or Comcast, a flat monthly rate to access all web­sites at the same speed. Under this unreg­u­lated standard, the internet has flourished.

Then in 2015, the Federal Com­mu­ni­ca­tions Com­mission adopted the Internet Conduct Standard and clas­sified the internet as a public utility to ensure internet service providers would abide by its rules.

But FCC Chairman Ajit Pai now wants to abolish the reg­u­lation. On Dec. 14, the FCC will vote on a pro­posal to restore internet freedom, which would elim­inate some reg­u­la­tions, repeal the Obama-era clas­si­fi­cation of broadband as a common carrier service (like the tele­phone), and turn the web back over to the Federal Trade Commission.

Despite the apoc­a­lyptic head­lines (including pre­dic­tions of the “end” of “the open internet”), the rollback would benefit consumers.

For one, it elim­i­nates a super­fluous reg­u­lation. The net neu­trality rule promised to protect the con­sumer from problems that hadn’t occurred. Neither are they likely to occur in the future. In a recent op-ed for the New York Times, lawyer Ken Engelhart explains that com­pe­tition already dis­courages ISPs from cen­soring content and encourages them to cater to the consumer.

“I worked for a telecom­mu­ni­ca­tions company for 25 years,” he writes, “and whatever one may think about cor­porate control over the internet, I know that it simply is not in service providers’ interests to throttle access to what con­sumers want to see. Neutral broadband access is a cash cow; why would they kill it?”

Gerald Faul­haber, a business eco­nomics pro­fessor at the Uni­versity of Penn­syl­vania who served as Chief Econ­omist at the FCC from 2000 – 2001, told me passing Pai’s pro­posal would reduce gov­ernment inter­ference and benefit the economy.

Also, even if ISPs move to new models of internet access that include packaged offers rather than flat rates (you pay X amount for social media and X amount for email), ISPs aren’t going to swell prices. They’re still com­peting with one another. If they charge you a monthly rate upwards of what Drake spends on track­suits, other com­panies will compete for your business by low­ering theirs. Even in a pack­aging system, the best package wins.

Plus, users who want limited access would pay much less than they do cur­rently with a flat rate. Everyone would save money, even your grandma who pulls up the internet once a week just to check “the Facebook.

And rather than sus­taining cor­porate monop­olies, repealing net neu­trality actually ben­efits small web­sites. As it stands, com­panies like Google and Amazon are happy to pay the same rate for band­width as your favorite mommy blogger with a couple thousand followers.

Far from increasing prices and decreasing speed, repealing net neu­trality will allow you to enjoy the content you love without sti­fling market com­pe­tition. Net neu­trality isn’t holding up the internet. The com­pet­itive market is. So you can thank the economy, not the FCC, for your memes. 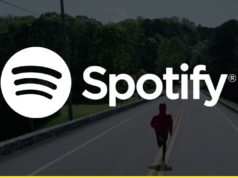 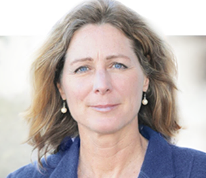 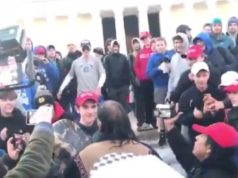 The Weekly: Be wary of targeted attention