A narrow culinary market and reg­u­la­tions from the Affordable Care Act are two factors moti­vating the fre­quent turnover in the Hillsdale College sorority kitchen staff.

For the second time in a year, Pi Beta Phi sorority lost its cook and is now sending its members to the Grewcock Student Union for all meals at Bon Appétit. Pi Beta Phi’s cook, Valeri Beach, left the sorority Nov. 11, after she accepted a position man­aging the kitchen at her children’s school.

“[Beach’s] kids were going to school 30 minutes away, so you can imagine how taxing that was for her family,” said Rebekah Dell, assistant dean of women and Pan­hel­lenic Council adviser. “This was an oppor­tunity that was better for her and her family.”

Beach is the third in a string of cooks to leave Greek houses over the last year. In Feb­ruary, Pi Beta Phi and Chi Omega both lost their cooks for similar reasons, Dell said.

“Finding someone that’s looking for part-time employment and has the desire to cook 10 meals a week is chal­lenging,” Dell said. “So we’re looking for someone with the skillset that’s an excellent fit and is looking for a 27-hour-per-week position. That really narrows the field.”

The Affordable Care Act, also known as Oba­macare, also made sorority cooking posi­tions more dif­ficult to fill, Dell said. Pi Beta Phi used to pay cooks hourly on a schedule of nearly 40 hours per week, but the college changed its policy when employees working 30 hours per week became eli­gible for full ben­efits under Oba­macare. Since Hillsdale’s part-time posi­tions are not benefit-eli­gible, Dell said, the college limited part-time employees to 27 hours of work per week.

“The dif­ference between 27 and 35 hours a week is sig­nif­icant for someone, if they could go some­where else and work for 35 hours,” Dell said.

Until Pi Beta Phi finds a replacement cook, the women will eat at the cafe­teria in the student union or order from local restau­rants.

“I like that we eat up the hill,” Pi Beta Phi Pres­ident senior Rosie Ellison said. “You get to see more of people. Often, meals are those social times where you can spend time with your inde­pendent friends, and your Greek friends, and everyone else.”

David Apthorpe, Hillsdale Bon Appétit Man­agement Company general manager, said although he expects some chal­lenges with the increase in patrons, he is finding ways to make the dining hall func­tional.

In addition to opening up the private dining room, Apthorpe said he is looking into expanding dining options.

“As enrollment con­tinues to rise, maybe we look at a dif­ferent model for lunch,” Apthorpe said. “Perhaps a swipe exchange, where maybe there’s another location that has a limited variety of cold options, so we can siphon some of the business from the dining room to another location.”

Dell said she expects the position to be filled by winter semester. 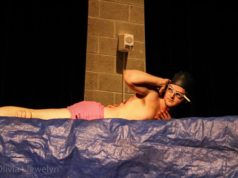 Pi Phi bonfire to give proceeds to literacy 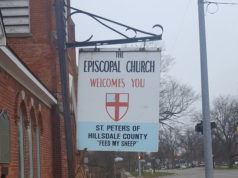