“Our officers are often making arrests for pos­session of metham­phet­amine,” said Detective Brad Martin of the City of Hillsdale Police Department. “Seems like it’s been that way for, I would say, at least five to eight years now.”

Martin said officers in the city of Hillsdale make an average of one to two meth arrests each week.

“This is roughly 80% of the pre­ferred drug out there,” Hillsdale County Sheriff Scott Hod­shire said in an email. “It is cur­rently the drug of choice. Every state is fighting the fight to get it off the street.”

Martin said he thinks depen­dence on meth has con­tributed to a recent rise in crime.

“Those that use meth want to support their habit, and if they don’t have a viable income – which tends to be the norm for those people that use it – they can turn to theft,” Martin said.

“I’m not going to say that all of those are done to support meth addicts, but I would cer­tainly believe that many people that are addicted to meth turn to theft to try and support their habit,” Martin said. “I’ve seen that in our community.”

Martin said home­lessness has increased over the last few years, which he said may be con­nected to drug use.

“It’s sad to say, but we do have a sit­u­ation that has been getting a little bit more of a problem in the last four or five years with home­lessness,” Martin said. “Not all those that are down and out and homeless are addicted to meth – or addicted to drugs at all – but I see a lot of those persons that we know in our com­munity do have the same problem. They are addicted, and they’re also in downward spirals to the point where they become homeless.”

The ease of access and low cost of meth are likely con­tributing to the problem, according to Martin.

“For a while I think people were making it them­selves,” Martin said. “I don’t know if that’s occurring a lot as of late, but def­i­nitely, it is a problem.”

In the past, users and traf­fickers pro­duced meth locally, according to Michigan State Police Lt. Sean Street, com­mander of the Region of Irish Hills Nar­cotics Office. Street said Michigan was one of America’s meth cap­itals until recent years, when foreign meth became more popular.

“As years go on, Mexico and the Mexican cartels have mass pro­duced this metham­phet­amine, and we’re seeing this trend that they’re going toward that kind of meth,” Street said.

According to Street, users often pur­chase Mexican-made meth because it is cheaper and entails less risk of getting caught.

“Unfor­tu­nately, with the border being open, we’re seeing a huge influx in nar­cotics,” Street said.

Jackson and its sur­rounding areas have become a hub for meth impor­tation and dis­tri­b­ution, according to Street, who sug­gested this could be con­nected to meth activity in Hillsdale County.

“We’ve had a lot of reports and a lot of infor­mation that there are large amounts of metham­phet­amine being brought into the Jackson area,” Street said. “Because of our close prox­imity to that, obvi­ously, you’re going to have a lot more users and traffickers.”

Sam Quinones, a jour­nalist who has written two books about opioid and metham­phet­amine use, told NPR in an Oct. 27, 2021, interview that Mexican cartels have shifted toward exporting syn­thetic drugs like meth and fentanyl.

“I began to realize that the traf­ficking world in Mexico had moved away from plant-based drugs and had moved into syn­thetics,” Quinones said in the interview. “They could be made year-round in quan­tities that were stag­gering coming out of Mexico in syn­thetic form, from fen­tanyl and metham­phet­amine, so long as they had access to shipping ports.”

According to Hod­shire, meth can be laced with fen­tanyl. Mexican drug traf­fickers often combine fen­tanyl with other drugs to lower costs, according to the Drug Enforcement Administration’s website.

“This is a very addictive drug that can be mixed with fen­tanyl,” Hod­shire said in an email. “If mixed wrong, a person will overdose.”

America is cur­rently expe­ri­encing a fen­tanyl epi­demic, with more than 50,000 overdose deaths caused by the drug in 2020 alone, according to the National Insti­tutes of Health.

While Hillsdale police still respond to the occa­sional fen­tanyl death, Martin said, this happens far less fre­quently than it did when heroin was the dom­inant drug.

“We’ve had some overdose deaths that have had fen­tanyl as a com­ponent that was found in some­one’s blood,” Martin said. “They haven’t been as prevalent as they were in years past.”

As many prospective officers fail to see a sure future in law enforcement, Street said, police nationwide are facing a staffing crisis that hinders their ability to stay proactive against drugs like meth.

“The United States is kind of in a crisis sit­u­ation with law enforcement and per­sonnel,” Street said. “Our numbers are down. With that, obvi­ously, calls for service are going up, and there’s less time for our officers to respond, so that takes away from a lot of proactivity.”

At the same time, Street said, police are working together on the state, county, and local levels to control the meth problem.

“There are select indi­viduals and groups that are proactive, one of them being the multi-juris­dic­tional task force,” Street said.

RHINO, Street’s office, is one such task force.

“We’ve always worked with the Hillsdale County Sher­iff’s Office. Since I got into office, I kind of made it a point to reestablish our role with the com­munity of Hillsdale,” Street said. “It wasn’t like the part­nership had ended at all, it was just a new way of thinking.”

Hod­shire said he is grateful to partner with RHINO.

“The MSP is a great partner,” Hod­shire said in an email. “We will assist with search war­rants and aerial support.”

The sheriff’s office has been using a K‑9 unit to track down meth in the county, according to Hod­shire, and deputies have taken roughly one pound of meth off the streets. According to PubMed, this is enough to cause more than 2,000 overdoses.

“Since putting our K‑9 deputy on the streets, we were able to make several arrests,” Hod­shire said in an email. “Our K‑9 deputy and his partner are making several stops on vehicles that are leaving known drug houses with great results.”

As a detective, Martin said he doesn’t directly inves­tigate nar­cotics, but he pro­vides follow-up for officers.

“In a small agency, the officers that respond to emer­gency calls don’t have enough time to do some of the more involved follow up, more involved inter­views, locating wit­nesses,” Martin said. “My respon­si­bility would be to handle the property and then also to assist the officers if they’re in a sit­u­ation where they need more bodies to, maybe, affect a search warrant.”

The City of Hillsdale Police Department, however, has certain officers with expertise in nar­cotics, according to Martin.

“Some of our officers in our department have special training in inves­ti­gating nar­cotics,” Martin said.

No one is immune from meth’s effects, Hod­shire said in an email.

“This happens in all walks of life,” Hod­shire said. “This is a drug that will ruin any family.” 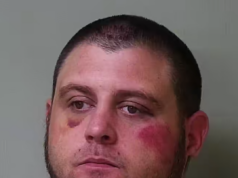 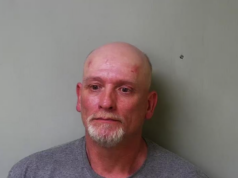