Two men, armed with plastic gloves and head­lamps, faced a dumpster brimming with the buried treasure they’d been searching for: books.

Senior Daniel Rognlie and Evan Gage ’14 spent their summer jour­neying into “book mines,” dump­sters behind retail book­stores filled with cast-off books. They dug into the stacks of books and filled their milk crates with volumes waiting to be valued and resold for a profit.

“The best places to get books are the places you can get them for free,” said Rognlie. That includes dumpster-diving behind book­stores, where Rognlie found a British children’s pop-up book he later sold for $80.

When Hillsdale College shut down in April due to the coro­n­avirus pan­demic, Rognlie lost his on-campus source of income. Hoping to pick up some tips about flipping books, Rognlie called Gage, who runs the book resale business Gage Goods.

“An hour later, we had con­cocted this scheme to drive around the country in the summer, buying books,” Rognlie said.

Rognlie and Joshua Pautz ’20 spent the summer as interns for Gage. They spent two weeks in Kansas, where they bought a per­sonal library and an entire book­store, pro­cessing 10,000 books in a week. Used book stores and thrift shops were also popular spots for them to scout for books.

“The internship was a sample of the long-term,” Gage said. “The idea of, if I can do this for two months and if it works well, I can go forward and try to push this project. I was a little ten­tative, but the summer was awesome.”

Sophomore Alaura Gage also helped with her brother’s business when quar­antine began. Because she hadn’t seen her friends since before the pan­demic began, she said working with the business reminded her of the solace of Hillsdale com­munity amid the chaos of quar­antine. Searching for books took her to loca­tions varying from an elderly woman’s mansion, to book­stores, to random garage sales.

“It takes you to all these weird places you would never imagine going to. You get to see a lot of places you’ve never seen before,” Alaura said. “Even if you’re not reading the books, you’re still learning a lot from the covers and the titles. And then you’ll run into gems.”

When hunting for valuable books in various loca­tions, Rognlie scans the book and uses an app to assess its potential value based on how popular it is on Amazon. He con­di­tions the book between poor and new, prints a sticker with its infor­mation, and uploads its details online. Finally, he ships the books to an Amazon holding facility, where they are mailed out to online pur­chasers. Rognlie paid only $30 for his first 130-pound shipment of books to Amazon, and his books have traveled to mul­tiple loca­tions including Maryland, Indiana, Wis­consin, and Florida.

“My favorite book is the one that sells for the most money,” said Rognlie, laughing. “But it’s a very fun thing because somebody wants a book, and the rarer the book is, the more the person wants it, typ­i­cally. So I’m finding this book in this dusty antique store, where nobody who wants it is ever going to find it, and I’m making it available.”

During his time interning for Gage, Rognlie learned how to lit­erally judge a book by its cover. Clues such as the print quality, pub­lisher, print run, and even the paper and font all point to the worth of a book.

“What made working with Evan so invaluable is that I basi­cally got all the cheat codes,” Rognlie said. “I can go to antique and thrift stores, which I like doing. But I can also work com­pletely irregular hours.”

“I can be doing absolutely any­thing, check this app on my phone, and see that I made $70,” Rognlie said. “The work doesn’t take away from time that I want to spend with my friends, or time I need to spend doing my homework. There’s time put into finding the books, scanning the books, and doing the mil­lions of steps. But once that’s done, that’s basi­cally it.”

Rognlie said he learned he doesn’t think he could work or live some­where lacking good com­munity, good con­ver­sation, and good food, which are all gifts he found through his summer experience.

“I would have never been able to start doing this if I didn’t have the rela­tion­ships I have with my friends,” Rognlie said. “I learned on a deeper-than-surface level some­thing that is com­pletely vital to me in my future now.” 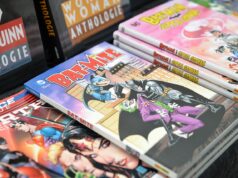 DC is better than Marvel 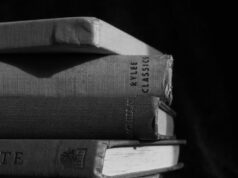 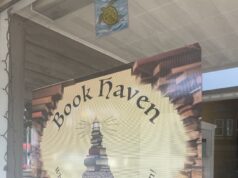