For junior Rachael Menosky, what began as a hobby has now become a full-fledged business.

At the end of her freshman year, Menosky, a member of Pi Beta Phi, learned to sew and started making t‑shirts and sweat­shirts con­taining Greek letters for herself and a few friends. She now owns a shop called That’s Sew Neat.

“I knew when I got ini­tiated I would want to make and have more letters,” Menosky said. “They’re really expensive online and finding them is hard. I knew I could make them myself. It’s one of those things where I saw it and knew I could def­i­nitely do it.”

Ini­tially, Menosky sewed letters as gifts for fellow members of Pi Beta Phi and friends that were in Delta Tau Delta. People soon began coming to her asking for shirts for them­selves or their “littles,” who are newer members of the chapter to whom “bigs” give letters. Menosky didn’t charge them at first, but she soon realized that she had a real business oppor­tunity on her hands.

“I just decided to make a Facebook page to advertise that I was going to start charging money,” Menosky said. “I saw this as an oppor­tunity to make some­thing out of it.”

However, with the pricing of products came various hoops for Menosky to jump through. Dif­ferent fra­ter­nities and soror­ities require licensing in order to offi­cially make and market products that bear their names.

“There was a licensing process that took this past summer,” Menosky said. “It was just to protect the orga­ni­za­tions from being sued. It was more of the fra­ter­nities wanting to make sure that the products are rep­re­senting them well. It was pretty much just me saying by signing the licensing agreement that I’m not going to make inap­pro­priate letters rep­re­senting a fraternity.”

While the online shops for Greek letters can charge upwards of 60 dollars for a basic sweat­shirt, Menosky charges around 15 dollars for a t‑shirt and just 25 dollars for a sweat­shirt. Her prices and the quality of her products are major reasons many Hillsdale stu­dents buy from That’s Sew Neat.

“Rachael is a little bit cheaper than the online shops and you still get the same quality,” said junior and Pi Beta Phi member Kayla Mykeloff. “They’re also handmade from one of my sisters, which I think is really nice, too. It’s nice to have some really nice ones and some that are made with love.”

Menosky has made letters for many of the Greek orga­ni­za­tions on campus, but her most pro­lific cus­tomers are the men of Delta Tau Delta. Menosky even works in the Delt house at times, sewing her cre­ations in the barroom on what she described as a very wobbly table.

“I’ve made a lot of Delt letters,” she said. “That’s probably where most of mine have gone, just because they can’t sew them­selves. They come to me for that, which is really funny, really sweet, and I love doing it for them.”

The sen­timent seems to go both ways, as the Delts voiced appre­ci­ation for Menosky’s work. Senior and Delta Tau Delta member Peter O’Rourke had nothing but praise for That’s Sew Neat.

“She’s here and she loves doing it,” he said. “The quality is up there and beyond some of the stuff online.” 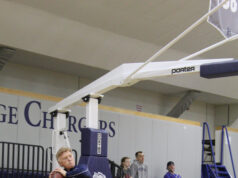 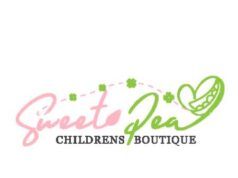 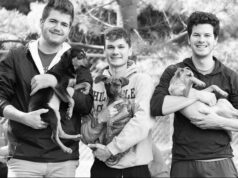 Why you should go Greek