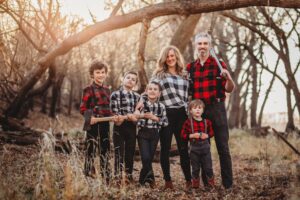 By day he’s a Spanish pro­fessor, but any other time he is the cofounder of a pup­petry troupe.

Jared White, asso­ciate pro­fessor of Spanish, is one of the newest addi­tions to the Hillsdale College faculty. In his first semester, he is teaching two sec­tions of Spanish 101 and Spanish 413: Spanish Lit­er­ature: 1140 – 1700.

White grew up in Southern Cal­i­fornia and spent a lot of time immersed in the Spanish lan­guage. At 20, he moved to Mexico and spent two years serving as a missionary.

During his time in Mexico, and upon returning to the United States and beginning his college studies, White dis­covered his passion for the liberal arts.

“I’m a very social person,” White said. “I need dia­logue. I need to talk to people.”

White decided to pursue the liberal arts at Brigham Young Uni­versity. While at BYU, he got involved with Spanish theater and dis­covered his passion for the lan­guage. White went on to get a bachelor’s degree and later a master’s degree in Spanish from BYU. In 2006, he attended the Uni­versity of Cal­i­fornia, Irvine and got his Ph.D. in Spanish literature.

For the past several years, White has been an asso­ciate pro­fessor teaching at Buena Vista Uni­versity, in Iowa, but when a position opened up at Hillsdale, he decided to apply.

“I really felt like the insti­tution valued some of the same things that I valued and it felt like a very good fit,” White said.

White’s cre­ativity in teaching stu­dents was one of the things that stood out during the hiring process, said Todd Mack, chair of the Spanish department. Mack and White met in graduate school at BYU, and have been friends for several years.

“I was par­tic­u­larly impressed with his ability to engage with the com­munity in very cre­ative ways,” Mack said. “And of course, his good nature and great energy as a teacher.”

White said he tries to create a space where his stu­dents are excited to engage with the material. One of the ways he does this is by using every­thing from games to inter­active con­ver­sa­tions in the classroom.

“I try to bring a lot of energy to the classroom,” White said.

Jack Cote, a freshman in one of White’s Spanish 101 sec­tions, agreed.

“I love how engaged he keeps you throughout the class,” he said. “You can tell that he’s very pas­sionate about what he does and that he also enjoys building rela­tion­ships with students.”

White said while he teaches very inter­ac­tively, he refuses to use music in the classroom.

Teaching classes isn’t the only thing keeping White busy. Two years ago, he co-founded a pup­petry troupe that puts on shows for local junior high and ele­mentary school classes.

“We will fre­quently adapt Spanish Golden Age works into English and, after making the puppets, take those shows out to junior high and ele­mentary schools to put on for the kids,” White said.

Many parts of the puppets used in the miniature theater are made by a 3D printer.

“It’s just so much more con­ve­nient and sturdy,” White said.

These shows are some­thing he plans to bring his stu­dents into, as he hopes to perform shows at local schools in the coming months.

“I’m super excited about the ways he is already planning to help our stu­dents get into the com­munity,” Mack said.

Mack said that White, with his back­ground and expertise in Spanish theater, is bringing some­thing both ben­e­ficial and unique to the Spanish department at Hillsdale.

“Dr. White is a great scholar,” Mack said. “His spe­cialty in Spanish theater across a variety of time periods helps to round out our department.”

White is also an avid reader of science fiction and fantasy and, in his free time, you’ll probably find him either playing board games or watching soccer.

“I’m excited to be at a college that values edu­cation and sports,” he said. “I can’t wait to start attending games myself.”

White said his wife, Emily, and their four boys are slowly adjusting to life in Hillsdale.

“He is a dream col­league,” Mack said. “He is a pas­sionate teacher who I know will really inspire stu­dents and help them to learn the lan­guage well.”

White said his favorite thing about Hillsdale would have to be getting to work with and really know the students.

“I’m really impressed with the intel­lectual rigor of the stu­dents here,” White said. “They chal­lenge me to bring my best to every class.”

Debate competes in last tournament of the semester