Michigan Pothole, according to the Student Activ­ities Board Director Zane Mabry, is “objec­tively the best flavor” at The Udder Side.

The Student Activ­ities Board is orga­nizing a bicycle run that leaves Thursday afternoon for The Udder Side located in Jonesville.

“We did it two years ago and it was really fun and easy,” Mabry said. “Everyone who went really enjoyed it.”

The bicycle trip to the ice cream shop gives stu­dents some­thing new to look forward to in the fall semester, Mabry said.

“We don’t want SAB events to be just a part of campus,” Assistant Director of Student Activ­ities Riley Arlinghaus said. “We do some really big events and some events that are smaller. We’re trying to hit dif­ferent parts of campus.”

Stu­dents have the option of either renting a bicycle from SAB or riding their own, Arlinghaus said. SAB will cover up to $5 in ice cream expenses, according to the Student Activ­ities Office newsletter.

Mabry said the route will follow the Baw Beese trail for a total of about three miles.

Arlinghaus and Mabry will lead the charge to the shop. Both said they look forward to the event.

The bicycle train will meet outside of Central Hall and leave promptly at 4 p.m. 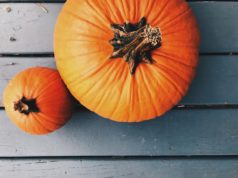 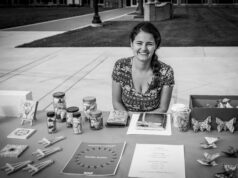