First responders will not be allowed to leave Narcan behind at the site of opioid over­doses, fol­lowing a vote by the Hillsdale County Medical Control Authority on Sept. 20.

The ini­tiative, which was pro­posed earlier this year as part of a statewide push to combat over­doses, was defeated in a 16 – 6 vote. The pro­posed pro­tocol would have allowed first responders to leave behind life-saving naloxone, better known by its brand name, Narcan.

Narcan works by blocking opioid receptors in the nervous system to halt opioid overdose. Eighteen other counties in Michigan have a “leave-behind” pro­tocol for Narcan, which allows first responders to leave the drug behind at the scene of an overdose. While Narcan will not be left at the scene by police, EMTs, or para­medics, it is still carried by first responders in order to sta­bilize overdose patients.

The leave-behind policy is a state pro­tocol, but it requires adoption by local medical control author­ities, according to County Com­mis­sioner Brad Benzing, a member of the Hillsdale County MCA who voted against the proposal.

Benzing, a fire­fighter and EMT, raised con­cerns about the duration of Narcan, which could lead to an indi­vidual returning to a state of overdose after refusing further medical treatment

“Naloxone has a shorter life than the opioids do, meaning that an indi­vidual can return to res­pi­ratory arrest,” Benzing said.

When asked if the Hillsdale County MCA voted against the measure for fear of incurring higher costs, Benzing pointed to the minimal cost of running a naloxone leave-behind program. “The state actually pro­vides naloxone at no charge to the local medical control author­ities, so the only skin in the game is that they put the product in a Ziploc bag,” Benzing said.

Other members voted against the measure due to con­cerns about illicit drug use, according to Benzing.

“The con­cerns are that if we have this product available, then people are encouraged to use nar­cotics in a way that is poten­tially life-threat­ening, and not have to deal with the con­se­quences,” Benzing said.

Overdose deaths rose during the pan­demic. In May 2020, the number of statewide opioid overdose deaths increased to 314, com­pared to 234 the same time in 2019, according to Michigan Department of Health and Human Ser­vices. Benzing stressed the con­tinued presence of opioids in the community.

“Opioids are not going to go away,” Benzing said.

Benzing sug­gested that members of the general public receive first-aid training, including the admin­is­tration of Narcan.

“It is good for anyone, just as a respon­sible citizen, to learn CPR, to use AEDs, Stop the Bleed training, naloxone admin­is­tration,” Benzing said. 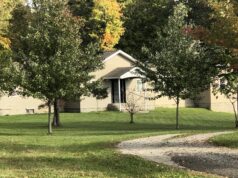 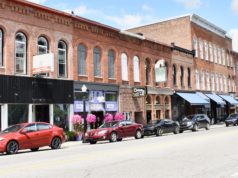 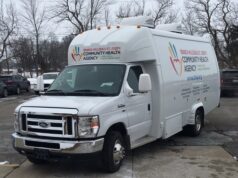