At first glance, Jonesville may not appear to be the kind of town to have a crystal shop offering spir­itual ser­vices like tarot readings and mediums. But the ser­vices are there, however hidden. With the rising pop­u­larity of astrology and crystals in main­stream culture, the opening of Crystal Magic could be seen as banking in on a market, but the shop’s roots run far deeper.

Liz Magaña-Miles finally launched her dream business, Crystal Magic, on Sept. 22. One could easily drive by with no second thought, as the restaurant takes the place of what used to be an old Spangler’s Family Restaurant location. But instead of serving breakfast food, the former diner serves rose quartz and spell kits.

At the open house, there were various ser­vices and edu­ca­tional oppor­tu­nities for those less expe­ri­enced in alter­native spir­i­tu­ality. At one table was Braylin Caldwell, a so-called Pisces priestess, who offers astro­logical and tarot readings. She uses birth dates and the times of birth to map out the ‘big three’ com­po­nents of their indi­vidual astro­logical chart. In a typical session, one may  hear insights into future love interests, past figures in one’s life, and plan­etary expla­na­tions behind one’s emotions.

“Tarot is timeless,” Caldwell said. “It’s fluid. Some­times because I know certain cards and planets, it actually gives me a time frame. This is what helps me read the cards.”

If you have the time and emo­tional capacity, Crystal Magic also offers other spir­itual ser­vices like hyp­nosis and angel readings with a medium. These kinds of things can be intim­i­dating for a first cus­tomer. Freshman Tiare Nicholas-Bublick had never been to a store like Crystal Magic.

“The energy of the shop was wel­coming, friendly, and in some ways beau­tiful,” Nicholas-Bublick said. “The owner and employees were the sweetest, most down-to-earth people with great per­son­al­ities and the best tea flavors.”

The back of the shop is still a fully func­tional kitchen. It was here, with the sage burning in the front room and the “you steal, we spell” sign hanging next to her that Magaña-Miles explained how she got to opening Crystal Magic.

Magaña-Miles moved to Jonesville in 1998. She said when she first arrived, she felt like an out­sider. She said people would follow her in the grocery store and ignore her when she said hello. Some even ques­tioned if she spoke English.

Over the years, Magaña-Miles has seen Jonesville and its sur­rounding towns evolve. Despite not ini­tially feeling wel­comed with open arms, Magaña-Miles is no softie. She grew up in a family that struggled with addiction, alco­holism, and mental health issues. A rocky start led to a troubled adulthood, landing Magaña-Miles in rehab facil­ities due to sub­stance abuse. She said her psychic gift made her feel ostra­cized and crazy, as she had watched her mother who prac­ticed all sorts of spir­itual prac­tices get insti­tu­tion­alized. Magaña-Miles learned to harness what she was capable of and use it to help others. She credits her openness to her mother who taught her the value of wel­coming others’ beliefs.

“My mother said, don’t ever dis­re­spect anybody,” Magaña-Miles said. “They are feeding you at your table. So, you learn what you can and you make the best of it.”

Magaña-Miles lives by the men­tality that others and their faith always have some­thing to offer. Crystal Magic is an extension of that. With her Indigenous roots, her reli­gious beliefs, and her ded­i­cation to alter­native spir­i­tu­ality, Magaña-Miles’s faith might seem com­pli­cated from the outside, but she said it comes down to love: love for one nature, love for God, and love for one another.

A few months after she was released from rehab, Magaña-Miles was greeted with the news that her brother was diag­nosed with HIV. She then spent time vol­un­teering and helping others with HIV, which is where she gained knowledge and ded­i­cation to the spir­itual world.

“I had no formal edu­cation, so during my tenure there, I talked to people about grieving and dying and how the Indians do it,” Magaña-Miles said. “I ended up working a lot on the reser­vation. There were times when I had no words and I had to rely on my prayer and my faith.”

The mission of Crystal Magic lies in cre­ating a space for healing and com­munity outside of the church.

“I would rather bring people in here and have them feel at peace than to have them go to a church, and have to feel defensive,” Magaña-Miles said. “They shouldn’t have to defend who they are and feel like they aren’t accepted.”

When you walk into Crystal Magic, you’ll be greeted with a small col­lection of handmade jewelry, crystal wraps, tarot decks, and spir­i­tu­ality books. You’ll also be greeted by Magaña-Miles, her smile, and her desire to educate, help, and guide whatever stranger walks through her door. She’s no newbie to skep­ticism, coldness, or hypocrisy. If you’re lucky, you’ll be offered a cup of tea and the chance to hear how a crystal shop in Jonesville, Michigan is the oasis some people are looking for.

“There’s nothing dark going on here,” Magaña-Miles said. “It’s all about love and light here. We are here to help guide people on their path to heaven.”

Controversy erupts over canceled Jonesville River Fest, may move location to Hillsdale for the first time 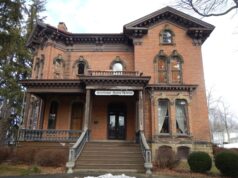 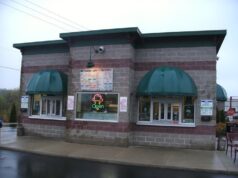