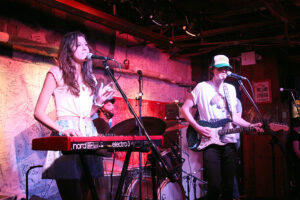 The indie sweet­hearts of Hound­mouth are gearing up for the release of their senior album, “Good For You” on November 5. But until then, they’ve teased us with a new EP titled “McKenzie.”

If you’re a diehard Hound­mouth fan, you can probably grin and bear through their 2018 record, “Golden Age,” but most lis­teners lost their con­nection with the group with that release.

Hound­mouth has a sig­nature down-to-earth, earnest folk sound, but they lost that amid the cheap, tech-infused songs in “Golden Age.” The album was more exper­i­mental than their pre­vious releases and the exper­iment was a failure. Although the lyrics were keen on dis­cussing modern issues about feeling lost within the void of the internet and the dis­as­trous social dilemmas it has left us with, the album flopped.

The four tracks on “McKenzie” were released throughout this year. The songs sound very familiar to their first two albums, specif­i­cally their sophomore album “Little Neon Lime­light,” which launched the group into the success they know now with hits like “Sedona” and “Darlin.” “Good For You” will be the second go-around at a record after former bandmate, Katie Toupin, left the group back in 2016. It seemed like after her departure, Hound­mouth lost their footing for a few years.

The title track, “Good For You” sets the tone for the album. It marks a clear return to the group’s roots in its sen­ti­mental theme and pas­sionate energy. Hound­mouth worked on this record in The Green­house, an old home in drummer Shane Cody’s family. The at-home recording studio fea­tures original fur­niture and chan­de­liers from the 1880s and seemed like the perfect backdrop for Hound­mouth to work on “Good For You.” The house even makes an appearance in the first line of the song, “char­treuse and chan­de­liers / fancy that, seeing you here,” and serves as the starting place for the listener.

“Good For You” is a song about moving away from what once was, whether that is an envi­ronment or a person, and how cathartic that expe­rience can be. The lyrics explore the feelings of aim­lessness that accompany a major change in life:

“Heart­break hotel / white lies and fare-thee-wells / I know my blinds are down / It’s getting dark now but somehow we’re still smiling / Beats the hell out of crying.”

The familiar crooning of lead Matt Myers’s voice brings old lis­teners a familiar sense of warmth. A live per­for­mance of the song was recorded in The Green­house and released on Youtube in July. It fea­tures the group in the living room of the house can­didly per­forming on the song. The audio quality is poor, the ancient wall­paper hideous, and the guys in the group seem more in their element than ever.

Hound­mouth has left their fans craving a solid release for three years now. There is no better time for them to return than now. Post-pan­demic life leaves plenty of people eager to get reac­quainted with life, but nearly two years of iso­lation have created a hun­grier lis­tener who wants more than a cheap cut of what the next pop machine has to spit out. Hound­mouth plans to satiate with “Good For You.” “McKenzie” lays out the blue­print for another stellar release. 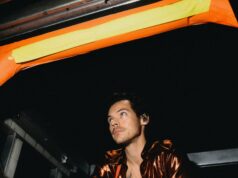 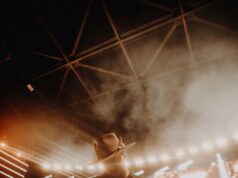 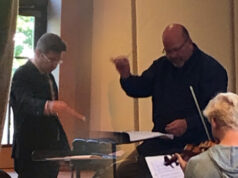 Music director steps down from choir, new faculty steps up