On Aug. 31, Car­oline Greb ’21 and Julia Salloum ’21 both wel­comed their firstborn children into the world.

“We had joked so often about giving birth on the same day,” Salloum said. “It was both hilarious but unsur­prising when it actually happened.”

Greb and her husband, Ethan, named their daughter Thea Car­oline Greb. Thea comes from the names Dorothea, lit­erally trans­lated to “gift of God,” and Alethea, which means “truth.”

“Thea’s life is a tes­tament to these names,” Car­oline said.

Early on in her preg­nancy, Car­oline had two emer­gency surg­eries at only 12 weeks, the first removing a twisted ovary and the second untwisting the other ovary. When it was time to have the baby, Car­oline had a Cae­sarean section to deliver Thea. Regardless of these trials, the Grebs say they see their journey as a com­plete gift.

“We pray she will always be guided by the truth of Christ,” Car­oline said.

Though Car­oline described child­birth as a marathon of pain, she was still in awe of the beauty of the presence of Christ in birth.

“It is wild how your body just instinc­tively knows what to do,” Car­oline said.

Ethan rem­i­nisced on how giving birth is much dif­ferent than in the movies.

“It was kind of a hilarious first meeting with our daughter,” Ethan said. “Hol­lywood does a very bad job of showing what babies look like when they’re born. They’re purple, bruised, and their heads are funny shapes. But when I saw her, I was able to put a face to all the kicks and move­ments we felt the past nine months.”

Both Car­oline and Ethan have been learning every step of the way, and have even been sur­prised by what they’ve learned as a mother and father.

“I think I expected to feel like my whole self would change with a new identity,” Car­oline said. “But instead it is more like my self has grown and a whole other human just became an extension of me. It’s sur­prised me how simul­ta­ne­ously normal and abnormal it feels to have a little infant laying around the house.”

The pair has loved stepping into their new role as parents and have both learned so much in a matter of weeks, they said.

“It’s hard to explain, but I just love looking at my daughter and working as a team with my wife to take care of her,” Ethan said.

“I’ve always loved the name Penelope because of its ver­sa­tility, and Jane felt like a smooth accom­pa­niment to that,” Salloum said. “While only time will tell what fits her best, she could go by Penelope, Penny, Poppy, or even PJ.”

Salloum said that giving birth took an immense amount of focus and deter­mi­nation, but when she saw Penelope for the first time, she expe­ri­enced a roller­coaster of emotions.

“There’s this inde­scribable feeling of joy and dis­belief,” Salloum said. “In a matter of moments, I went from the most intense pain and screaming of my life to sobbing with joy once Penelope was put on my chest. It was unbe­lievable to actually see this little person who spent the past nine-plus months living and growing inside of me.”

Since having Penelope, Salloum has not expe­ri­enced a single full night of sleep, but said she wouldn’t trade it for the world.

“Moth­erhood is truly the exem­pli­fi­cation of dying to oneself, and it’s a process,” Salloum said.

Both Salloum and Greb agreed that the hardest part about having a baby is com­pletely flipping their schedules around to meet the imme­diate needs of their daughters. Both con­stantly work to change their babies’ diapers, feed them, and change their diapers again.

“Every aspect of my life is dic­tated by her needs,” Salloum said. “It’s incredibly beau­tiful, but it is gen­uinely hard.”

Although they have been taking care of a whole other person, they also have been bat­tling the feelings of unpro­duc­tivity in this new lifestyle.

“At the end of some days now, I find myself thinking, ‘I didn’t do any­thing today,’ when in reality I have cared for, nur­tured, and fed another human being with a soul,” Greb said. “Your normal is going to look a whole lot dif­ferent now.”

The Grebs and Salloum both felt that they aren’t pre­pared to give advice to new fam­ilies since they just had their first children, but all three of them con­stantly drew back to the Lord during their journeys.

“Nothing in the world can prepare you for the birth of a child,” Ethan said. “But one thing you can cling to is the faith­fulness of the Lord. Con­stantly cover your children and spouse in prayer. Trust in the Lord with all your might and lean not on your own understanding.” 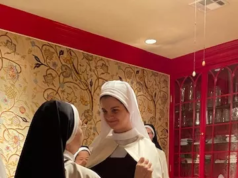 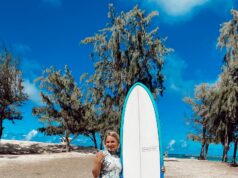