Caving to the woke mob has become as American as baseball.

Last week, Major League Baseball moved its annual All-Star Game out of Atlanta, Georgia, in protest of a bill aimed to protect election integrity. The bill, signed into law by Gov­ernor Brian Kemp on March 25, was denounced by par­tisans such as former Demo­c­ratic can­didate for gov­ernor Stacey Abrams as “a redux of Jim Crow in a suit and tie.”

Of course, this wasn’t true. Even the Wash­ington Post said that the law’s “net effect was to expand the oppor­tu­nities to vote for most Geor­gians, not limit them.” But that didn’t stop Demo­c­ratic politi­cians such as former Pres­ident Barack Obama from praising the MLB for sup­posedly, “taking a stand on behalf of voting rights for all cit­izens.” Pres­ident Joe Biden joined the fray, saying he would “strongly support” players pres­suring the league to move the game.

Pro­fes­sional sports joining the pro­gressive mob is not news, but there’s some­thing par­tic­u­larly trou­bling about baseball joining the fray.

Baseball is so American it’s almost a cliché to say so. Like so many people, I have fond ballpark mem­ories. As a born and raised Ohioan, going to a Cincinnati Reds game with my family for Labor Day was a pre-COVID-19 tradition.

But my baseball fandom is more for the sport itself than an indi­vidual team. (Although besides the Reds, I do slightly prefer the Oakland Ath­letics because of the movie Mon­eyball.) Baseball holds a sen­ti­mental value for me. And I’m not the only one.

There’s some­thing uni­fying about cheering for your favorite team with others, even if that team is your favorite only for the three-hour game. People who on any other day would have little in common with each other put aside par­tisan pol­itics, and sit together in a crowded ballpark, over­priced Pepsi in hand. Political com­men­tator George F. Will put it well: “Baseball is Heaven’s gift to mortals.”

Some baseball players took a knee last year during the national anthem as part of protests asso­ciated with Black Lives Matter, but those were political expres­sions of indi­vidual players. As a league, the MLB itself has avoided making political statements.

But now MLB as a whole is in the business of political opinion. For many baseball fans, the All-Star Game will lose its appeal. As fans — many of them with pol­itics that are right-of-center — watch the best players of the American and National Leagues compete in Denver in July, the implicit message will be clear: You’re a racist if you liked Georgia Senate Bill 202. Andrew McCarthy of National Review said that while he is “too addicted to the love affair I’ve had with baseball for 55 years to say I won’t watch it anymore,” he will watch it “con­sid­erably less.” And many others will share his disillusion.

As former Pres­ident Donald Trump pointed out in a press release, baseball has been having a problem with attracting new fans for a while.

But alien­ating nearly half its base isn’t the way to improve that metric.

Seventy-five million Amer­icans voted for Trump, and many of them are the average guy or gal sitting in the ballpark bleachers. U.S. Sen. Ted Cruz (R‑Texas) tweeted a list of MLB sponsors — sponsors which included Bank of America, Chevrolet, and Google — who pres­sured the league to move the game out of Georgia. “Are all of them willing to be the woke enforcers of the corrupt Demo­c­ratic Party?” the senator asked. I hope not. 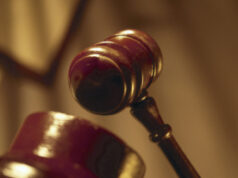 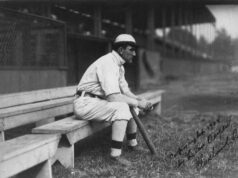 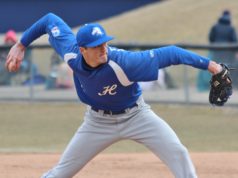