The left is gunning for the Second Amendment yet again, and it’s time for con­ser­v­a­tives to take a stand.

According to Psaki, the United States is grap­pling with an “epi­demic” of gun vio­lence, and she says that gun control can solve the problem.

According to Psaki, extended back­ground checks, red flag laws, and bans on “assault weapons’’ are effective. The Biden admin­is­tration repeatedly tells the American people to “listen to the sci­en­tists,” and so it is only appro­priate that one should review the data behind these claims.

One can hardly deny that gun vio­lence is an issue, espe­cially in the wake of mass shootings in Atlanta, Boulder, and most recently, Cal­i­fornia. However, it is important to call into question mea­sures brought on by knee-jerk reac­tions, espe­cially when such mea­sures endanger the liberty of the American people.

According to the Department of Justice, U.S. homicide rates have been shooting up and down since 1965. The Pew Research Center reports that in 2016, gun vio­lence was the highest it had been since 1968. As reported by NPR, despite the many recent gun control mea­sures since then, the U.S. murder rate sky­rocketed by 13% from 2019 to 2020.

If more gun control has been passed recently, and if gun control is effective like Psaki claims, then why do murder rates con­tinue to climb?

The only logical con­clusion is that gun control is actually not effective at reducing this violent crime.

It should also be noted that Psaki’s statement reflects a serious mis­un­der­standing of exec­utive power, which could lead to potential overreach.

“When the pres­ident was the vice pres­ident in the Obama-Biden admin­is­tration, he helped put in place 23 exec­utive actions to combat gun vio­lence,” she said. “It’s one of the levers that we can use, that any federal gov­ernment, any pres­ident can use to help address the preva­lence of gun vio­lence and address com­munity safety around the country.”

Describing an exec­utive order as a simple “lever” that “any federal gov­ernment, any pres­ident can use” reveals an extremely flippant dis­regard for the con­sti­tu­tional balance of power.

Despite the potential use of an exec­utive order, Pres­ident Joe Biden is still legally con­strained to act in accor­dance with the Con­sti­tution and the will of the leg­is­lature, according to pro­fessor of pol­itics and former Her­itage Foun­dation fellow Joseph Postell.

“Pres­ident Biden can use exec­utive orders, just as pre­vious pres­i­dents have done, to impose gun control reg­u­la­tions only insofar as the actions would be within his legal authority,” Postell said. “He cannot violate the Con­sti­tution, or any statutes passed by Con­gress, through exec­utive orders. If he does issue an order that is illegal, groups will cer­tainly sue to have the orders over­turned, just as Pres­ident Obama’s DACA order was over­turned by a federal court.”

However, it remains pos­sible that Con­gress has already made del­e­ga­tions of power, allowing Biden to enforce stricter gun control via exec­utive order.

“The problem is that many laws today are written in vague terms, empow­ering the pres­ident to solve a big national problem. This gives pres­i­dents more leeway to use dis­cretion to make policy,” Postell added. “Because he would be trying to fit his orders into existing laws, much of what Biden can do through exec­utive order is piecemeal.”

The Biden Admin­is­tration has promised radical gun control mea­sures through exec­utive action. These mea­sures are both imprac­tical and poten­tially uncon­sti­tu­tional. If such gun control is passed, the people will be left defenseless against a tyran­nical government.

We the people, as the last sen­tinels of freedom, must refuse to give up our arms. Only through this act of courage can tyranny be stopped in its tracks. 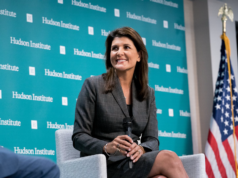 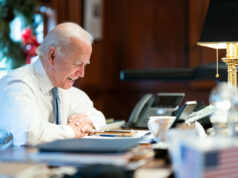