Nine days have passed since eight people were killed at three massage parlors in downtown Atlanta, and six days since tele­vision host Trevor Noah declared the motive for the shooting was, unde­niably, racism.

“Don’t tell me that this thing had nothing to do with race,” Noah declared on his webcast “The Daily Show,” on March 17.

The suspect in custody, Robert Long, has taken respon­si­bility for all three shootings, in which six of the eight killed were Asian women. Long told offi­cials he has a sex addiction and saw the massage parlors as “a temp­tation for him that he wanted to elim­inate,” according to Capt. Jay Baker from the Cherokee County Sheriff’s Office, which responded to the shooting. This didn’t stop Noah, along with prac­ti­cally every main­stream media outlet, from calling it a racially-moti­vated attack.

“Even if the shooter says that he thinks it has to do with his sex addiction, you can’t dis­connect this vio­lence from the racial stereo­types that people attach to Asian women,” Noah con­tinued. “This guy blamed a spe­cific race of people for his problems, and then mur­dered them because of it. If that’s not racism, then the word has no meaning.”

Noah even crit­i­cized Atlanta police for advancing Long’s nar­rative by saying the shootings “did not appear to be” moti­vated by racism. Who better to know the motive of an attack than the police offi­cials who inves­tigate it?

TV hosts will bluster, but Noah wasn’t the only one to pin racism on the tragedy. Jour­nalists and public figures imme­di­ately fol­lowed suit. On March 19, Pres­ident Joe Biden con­demned the “attack on Asian-Amer­icans” and “anti-Asian racism.” ABCNews ran an article Sunday titled “Atlanta shooting and the legacy of misogyny and racism against Asian women.” From the other side of the country, the Los Angeles Times wrote that “Atlanta spa shootings high­light sexism and racism, scholars say.”

When we, as jour­nalists, assign a motive to a crime before the police have, we have for­gotten the very first prin­ciple of our job: to report facts. When we declare a motive that con­tra­dicts what police have reported, we have sur­ren­dered any claims of truth-telling to our pref­erence for a broader narrative.

If we’re changing the story to fit a nar­rative, we are no longer jour­nalists; we have become activists. 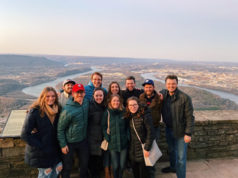