Though Bon Appetit always offers a sure and ready meal, some stu­dents have made use of the kitchens in their dorms and off-campus housing to whip up their daily meals.

Cooking is intim­i­dating and if you happen to be scared of your kitchen, or looking to switch up what you’re eating, here is the ultimate guide to cooking on campus, created by some of Hillsdale’s best.

The hardest part is getting started. But what’s the worst that can happen when you venture into your kitchen? Picking up that spatula and bowl might lead to some­thing special.

Senior Trevor Vogel decided to take the leap into the kitchen when he had some down time during the nationwide lockdown last spring.

“Starting last spring, during the pan­demic, I was here with room­mates and we had nothing else to do but to go to class and hang out so I picked up cooking,” Vogel said. “I started exper­i­menting because I had the time. I tried lots of new things. I made corn beef briskets, got into baking, and steak is the most ambi­tious thing that I have done.”

But if you don’t even know where to dive in, freshman Car­oline Beall said it can be as simple as starting with what you like — and what you don’t.

“I’ve been cooking my own food since I was diag­nosed with Celiac Disease when I was a junior in high school,” she wrote in an email. “ Just think of some­thing you love to eat and find a simple recipe and practice it a lot.”

According to Hillsdale College’s website, 70% of Hillsdale’s student’s come from outside of Michigan. Stu­dents come from all 50 states and 14 foreign coun­tries, so there is a chance someone, some­where is a little bit homesick, and cooking is a good way to cure that.

Junior Rachel Kiti came to Hillsdale from Kenya and began cooking when she found the food in the U.S. was making her sick. Addi­tionally, cooking Kenyan food brought her a slice of home.

“It is a time for me to feel nos­talgic, you know, create a calm moment,” Kiti said. “There’s just some things that you want to do to feel like you’re at home. So I think food does that, it makes me feel good.”

Ask mom for her buffalo chicken dip recipe and bring home to Hillsdale,  no matter how far away.

Who doesn’t like a friend who can whip up a nice meal? But in all seri­ousness, food is a great way to entertain, make friends, and get closer to others.

“Cooking is a good way to be with friends,” Vogel said. “We make some­thing we can all enjoy together. That is def­i­nitely the biggest thing, it is a good way to grow closer to people and care for them.”

And if you become really good, word might get around and people might start asking you to cook for them.

“People allow me to cook for them which shows they appre­ciate cul­tures,” Kiti said. “There is fel­lowship through sharing food.”

Ever heard of the saying “you’ll get out of it what you put into it”? That goes for all things: sports, school, and espe­cially cooking.

“It is a good idea to invest at least a little bit in nice equipment. Get a nice knife or two, a cast iron skillet, and some more exotic spices that can make a recipe really good,” Vogel said. “But have fun with it and don’t make it a task or a chore. Cooking should be some­thing you enjoy; you want to enjoy the food and the process.”

Investing doesn’t have to mean pur­chasing expensive tools, it can mean spending time finding cheap, but good ingre­dients, Vogel said. He and his house­mates shop at Kroger for most ingre­dients and then get their steak from Ferry Farms in Litch­field, Michigan.

Kiti sug­gests whipping up a good stew is the best place to start.

“I think any stew that is sold to anyone should just add garlic and ginger, a pinch of ginger, cilantro, salt and black pepper,” Kiti said. “Those are the basic ingre­dients, that’s where the magic happens, even if you don’t add so many, like Italian. I think if you just get those five things, you’re good to go.” 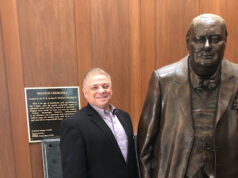 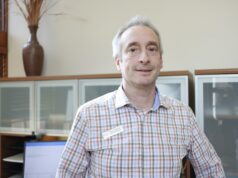 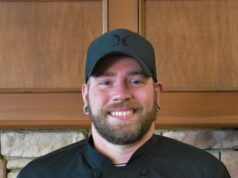