Christian music hums from the Club­house at Hayden Park. Maps of the Park hang on the yellow walls, while eight pairs of cross country skis rest against the wall waiting in antic­i­pation of the first good snow.

A little further in on the left is an office decked out in Charger mem­o­ra­bilia, high­lighting the heart of Hillsdale ath­letics for the last 35 years: “Wild Bill.”

“I’m not really a man of few words but they gave me an oppor­tunity to say a few words and I just gave a shout out to Dr. Arnn and Rich Pewe,” Lundberg said. “I talked about how this is a great college that we’re at and, of course, effective coaching and teaching and preaching. I was praising the Lord and thanking God for what He’s given us with loving and serving  Jesus with our heart, in our minds and with our strength. I spoke just pretty briefly for me.”

Anyone who knows Wild Bill, knows this is an accurate self-description. He has told many of us his story in snippets — but mostly in long chunks — as we linger after Physical Wellness and Dynamics or take a jog through Hayden Park. But here is his story — for the record:

In 1980, Lundberg attended the Olympic trials, and was in the top five con­tenders. However, during the race he rup­tured his achilles tendon and couldn’t finish the race.

Then in 1980, Lundberg unex­pectedly lost his dad to a brain aneurysm. A family ori­ented man, the loss hit him hard. Shortly after, sports were cut at Jackson College, where he was the cross country coach, and he lost his job.

In a time of despair and heart­break, Lundberg turned to God.

“These are set­backs or chal­lenges, but scrip­turally we’re just talking about some­thing like in Romans 8:28, which is that, ‘For we know that God works all things together for good for those who love them, those called according to His purpose.’ So there’s some­times a lot of chal­lenging things that we have to adjust to and go through,” Lundberg said.

Lundberg first came to Hillsdale in Feb­ruary 1985 as the men’s head cross country and track coach and assistant pro­fessor of physical edu­cation. He was thrown into a hectic season, as three months later, Hillsdale hosted the NAIA Track and Field National Cham­pi­onship.

Chief Admin­is­trative Officer Rich Pewe was a freshman when Lundberg was hired at Hillsdale.

“We were instantly on-board with his system because we were impressed that he was a world class athlete and he was so per­sonable.  He lived in my suite with us for a month before finding a house,” Pewe said.  “He coached me in three sports for four years.  I was his team captain in cross and track.  And he gave me the chance to do some assistant coaching in the spring of ’89.”

But Lundberg’s influence on Pewe, like many, went beyond the world of ath­letics. In Lundberg’s 27 years of coaching, all teams he has coached have achieved grade-point averages of 3.3 or better. Two hundred ath­letes have been aca­demic and ath­letic all-amer­icans, and 17 have been national cham­pions under Lundberg.

“I have never met anyone like Bill. It is hard for anyone to match his general enthu­siasm, the joy he finds in Christ, and yes, his loqua­ciousness,” Pewe wrote. “He had a pro­found impact and influence over his ath­letes. We missed dinner often because his team meetings went long.”

The rich faith that Pewe admires is what got Lundberg through, and it is what he preaches to his ath­letes and physical wellness stu­dents to this day.

“I say to my stu­dents and my ath­letes that if I’m not coaching or teaching, I’m preaching,” Lundberg said. “I’m not really trying to always push the Bible and God’s word down on them con­stantly, but you want to live that out most of all. It’s vital in our lives to do well in whatever way we can to live. Not to just live a good life, but to live a life that’s God honoring.”

In 2012 Lundberg took on a new role as the first Hayden Park fitness and recre­ation director and manager. The position is dif­ferent from coaching, but allows Lundberg to do what he is pas­sionate about.

“These last eight or nine years have really been rewarding at Hayden Park. Being a key part of our sports studies department, I can still get to be con­nected with what I love the most: being with our stu­dents and our student ath­letes,” Lundberg said.

“His genuine spirit lifts all those around him, whether it’s on the field or in class,” she said. “Wild Bill’s kindness is contagious.”

Lundberg’s motto for coaching, teaching, and preaching has reached many of those he met over the last 35 yrs.

“For many he com­pletely changed the direction of their lives. He always wears his love for the Lord on his sleeve. I appre­ciate that more than any­thing about Bill,” Pewe said. “Many people have turned to Christ because of Bill. He was a great example as a father. As a son has always given his mother the respect she deserves. He treats his wife the way a man should. I love how smitten he is with his grand­children.” 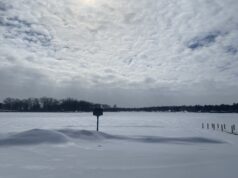 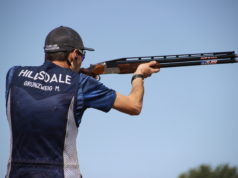