Both view­points of anarcho-cap­i­talism and lib­er­tar­i­anism share the goal of limited gov­ernment, according to Clas­sical Liberal Orga­ni­zation faculty advisor and Chairman of Eco­nomics Charles Steele.

Steele, who joked that he alter­nates between anarcho-cap­i­talism and lib­er­tar­i­anism depending on the day of the week, opened the event with brief remarks on the topic of “What is Anarcho-capitalism?”

“I believe the gov­ernment should be as small as pos­sible,” Steele said. “It’s a good saying to get that across.”

He defined anarcho-cap­i­talism as a system in which the private sector pro­vides all goods and ser­vices on a for-profit basis, including public goods typ­i­cally asso­ciated with gov­ernment, such as law enforcement services.

After Steele’s remarks, Betz, who joined via Zoom, sum­ma­rized sim­i­lar­ities and dif­fer­ences between anarcho-cap­i­talism and lib­er­tar­i­anism. He pre­sented each ideology’s view of the role of gov­ernment, the efficacy of the free market to provide goods and ser­vices, social con­tract theory, and the non-aggression prin­ciple (the idea that the use of force on a person or his property is inher­ently unjust.)

While Betz noted that he grew up with sym­pa­thies for the “ancap,” shorthand for anarcho-cap­i­talist, he credited his Hillsdale edu­cation for shifting his beliefs toward minar­chism, a school of lib­er­tarian thought which argues that the scope of gov­ernment should be limited to pro­viding a few essential public goods like law enforcement, a mil­itary, and courts.

“I can’t say any par­ticular pro­fessor, but my edu­cation overall at Hillsdale pushed me in a direction toward minar­chism coming from a more ancap set of ideals before that,” Betz said. “Just my time at Hillsdale, growing up, learning more, etc., my views shifted more gradually.”

After Betz spoke, the event was opened up to dis­cussion among the roughly 25 audience members. Nearly everyone in atten­dance con­tributed to the discussion.

“Anarcho-cap­i­talism is the logical con­clusion of lib­er­tar­i­anism. There’s a lot of problems with social con­tract theory, mainly the idea that if you don’t like it you can leave, which denies private property rights,” Sherman said. “If you start from the premise that the gov­ernment derives its authority from the consent of the gov­erned, you ulti­mately have to say that indi­viduals can choose to not consent to gov­ernment without leaving. You have to have explicit consent from each indi­vidual member of society in order to claim that the gov­ernment derives its power from consent.”

“There were a lot of ener­getic par­tic­i­pants to discuss the pre­sen­tation between each side,” San­taella said. “It was a good, open, intel­lec­tually honest dis­cussion. Both sides pre­sented fair points.”

In addition to focusing on which ide­ology is morally correct, San­taella said he would have liked for the dis­cussion to address which position would be more practical.

“Another thing is whether an ancap system can exist or function,” he said. “I think the answer is yes, but certain con­di­tions must be met for it to be a stable system and function the way we hope it would. On the other hand, these may be the same con­di­tions for a limited state like we sup­posedly have under the Con­sti­tution. It’s a two-edged sword.”

Despite the dif­fer­ences between lib­er­tar­i­anism and anarcho-cap­i­talism, most par­tic­i­pants seemed to agree on the impor­tance of coming together to tackle a shared enemy: the tyranny of unlimited government.

“The person a lib­er­tarian hates the most is a lib­er­tarian who believes slightly dif­fer­ently than them,” Betz said. “We agree on a lot of things and want a lot of the same ideals. We can all support each other and push towards that ideal.”

“My position is that I think if we’re going to have a system of gov­ernment, I think you should be involved in the process, and I don’t think it’s self-con­tra­dictory to the anar­chist position,” he said. “At the end of the day, lib­er­tarians and anar­chists have much more in common than we do differences.” 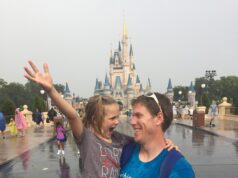 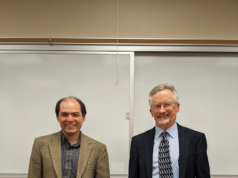 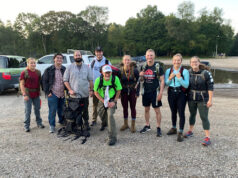