Two weeks ago, Reddit broke the stock market. An internet swarm decided they were tired of finance being a game of the elite, so they sparked a financial pop­ulist uprising.

The reddit channel r/WallStreetBets decided to short-squeeze a few stocks that large hedge funds were shorting. The most notable among these stocks were GameStop and AMC The­atres.

A short is in direct oppo­sition to a long position, which bets that a stock price will rise. The most straight­forward way to engage a long position is to buy the stock.

The stocks that sky­rocketed two weeks ago were the ones with the most short posi­tions. AMC was on the brink of bank­ruptcy due to pan­demic lock­downs, according to CBS, and GameStop looked like it was going to become the Block­buster of gaming, slowly dying out like the late DVD rental store. It made sense for hedge funds such as Melvin Capital to engage short posi­tions on these stocks.

The last thing they could have expected was a group of Reddit users hiking the price.

Wall­StreetBets took on the hedge funds. The ring­leaders urged their 8 million plus fol­lowers to buy these stocks. The high demand shot up the price. The higher price meant that hedge funds lost money on their short posi­tions. To do this, they needed to buy the stocks again. But the Wall­StreetBets group refused to sell, causing the price to sky­rocket even further. Melvin Capital, the biggest loser in this event, suf­fered 4.5 billion dollars in losses, according to Mashable. The hedge fund lost 53% of its total value.

The Wall­StreetBets phe­nomenon was an uprising based in financial pop­ulism. Although the group itself has no political affil­i­ation, it was labeled as a right-wing phe­nomenon by Newsweek. Pro­gres­sives in the news media and financial insti­tu­tions rallied against the short squeeze, stating that the sub­reddit was full of misog­y­nists, according to the Wash­ington Post, and anti-semites, according to the Jewish Tele­graphic Agency. In essence, however, the red­ditors are simply dis­gruntled laypeople. They are young people upset with how the system was rigged. The writer of a popular post in the Reddit group was upset with how his parents had suf­fered through the 2008 stock market crash.

The insti­tu­tions do not care, though. According to the pro­gressive nar­rative, hating the rich is for socialists, who do not bet on stock prices. The reddit users aren’t socialist, and the movement has no clear political leanings. Because it is not explicitly socialist, this pop­ulist financial insur­rection does not fit the nar­rative, and left-wing news outlets are quick to denounce it. Mul­tiple trading plat­forms have tried to curtail it as well. Robinhood limited the number of GameStop stocks that one could buy last week.

The January 2021 short squeeze shows that the financial sector is no longer only for big players. It is not just a game for adderall-addled suits in New York City. Now, it is the game of internet hive minds. The cryp­tocur­rency-fueled financial meme mania is spreading to the stock market. Aside from stringent and aggressive leg­is­lation from Wash­ington, D.C., there is little anyone can do to hold it back.

Even as the tidal wave of the GameStop and AMC short squeeze recedes, there is little telling what Wall­StreetBets will go after next or whom they will inspire. 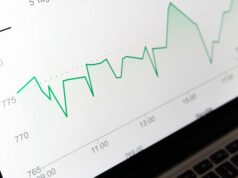 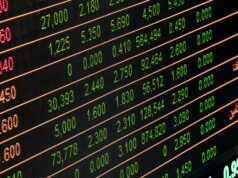