“I knew they were good players coming in,” Turner said. “They’ve impressed me from day one of practice in the fall. They all have extensive junior tour­nament expe­rience so they are used to playing players of the level they saw this weekend.”

“The winner of the doubles point usually wins the vast majority of the dual matches,” Turner said. “The team knew Dav­enport was a tough in-region school that we needed to beat.”

“I was really happy with what I saw this weekend,” Turner said.  “The biggest thing we need to work on is being able to execute a plan B if the original game plan isn’t working.”

Cim­peanu also men­tioned the impor­tance of adapting in the middle of a match, citing an example from Sunday against Dav­enport.

“Instead of my usual aggressive tactics, both Coach Turner and Ivanhoe Lis­sanevitch told me to switch up my strategy and last longer in the points,” Cim­peanu said. “It ended up pulling out the victory for the team.”

Turner said the outcome of the MRI’s on senior Lis­sanevitch and sophomore Bodgan Jani­ci­jevic both showed torn labrums. Jani­ci­jevic suf­fered a torn labrum in his shoulder, requiring surgery that will cause him to miss the season. Lis­sanevitch tore the labrum in his hip, also requiring surgery, but it is pos­sible for him to return for this season.

“He may play a few doubles matches for us, but that’s it,” Turner said.

One thing Turner said he wants to improve on during the year is rec­og­nizing oppo­nents’ weak­nesses and finding ways to exploit them, and Cim­peanu agreed with him.

“I want to focus on increasing my accuracy and con­sis­tency with my serves, as well ana­lyzing the opponent fast enough to switch strategies that play to his weak­nesses,” Cim­peanu said. 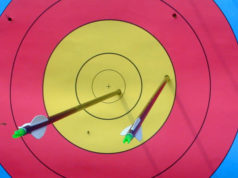