Isaac Dell is proof that being a part of the Hillsdale com­munity doesn’t end when the cap and gown come off. But instead of sitting at a desk, Dell is at the front of the classroom teaching stu­dents.

Dell has taught several sculpture classes for the college in the past but this time he is instructing a plaster casting class. The course will run for four weeks.

“It’s not the most glam­orous of the art classes, but a nec­essary one,” Dell said.“It’s an essential aspect of sculpture, just as stretching the canvas for oil painting. The sculpture is not applicable until you get it into a form that will last.”

Casting involves cre­ating an inverse mold of a sculpture that was orig­i­nally molded from clay or another mal­leable material. This can then be filled with a stronger material like metal or plastic to reproduce the original design. Dell explained that he hopes his stu­dents will under­stand the basic idea of casting through his class.

“Plaster cast is some­times called the prac­tical art,” Dell said. “It takes a certain level of craft and knowledge, and hard work but, there’s one basic objective, which is to copy your sculpture and get it over into a dif­ferent medium that is not as mal­leable.”

Dell enjoys that people from all dif­ferent back­grounds and majors take his class.

“It is a wide variety of stu­dents that are learning how to com­mu­nicate the impor­tance of how to look at form and sculpture,” Dell said. It is a great chal­lenge, but it is a lot of fun to figure out.”

“Just like with any field like there are the fun aspects of it and there are the parts you enjoy, but there’s also the nitty-gritty tasks that you just have to put your nose to the grind­stone and work through.”

Dell didn’t always know he wanted to make his living off art. During his freshman year at Hillsdale, Dell, like many stu­dents, had doubts about what career he wanted to follow.

“I wasn’t sure what I wanted to do,” Dell said.  “But I knew I always liked cre­ating things. With that under­standing of myself, I came [to Hillsdale] thinking that I would go into engi­neering, so I took a lot of math and physics classes.”

Dell’s plans began to change during his sophomore year when he signed up for his first sculpture class at the college.

“That expe­rience showed me that I liked the more artistic side of design rather than the math­e­matical or physics side,” Dell said.  “That’s when I decided that I wanted to pursue some­thing more in the visual arts.”

In 2018 Dell grad­uated from Hillsdale College with an art degree.

“2017 was going to be the end of my four years, but I was able to get a schol­arship to stay for a fifth year where I pretty much took only art classes for an entire year,” Dell said. “From [that] expe­rience I was able to just have that much stronger of a footing in the arts for when I leave.”

Assistant Pro­fessor of Art Julio Suarez, said it was Dell’s work ethic that stood out to him.

“It was clear to me that he had the qual­ities that we would like our stu­dents to have, which is number one, just being a hard worker,” Suarez said.

And, Dell was a curious student.

‘He had a very good attitude about learning,” Suarez said. “The type of drawing I teach is closely related to painting. And that’s a very spe­cific way of approaching drawing. Even though he was a sculptor, he was very open to learning new things and seeing things maybe a little bit dif­ferent.”

Only a year after grad­u­ating, Dell tran­si­tioned from being a student at the college to the one teaching in the front of the classroom.

Dell shadowed Pro­fessor of art Anthony Fru­dakis’ classes, but when Fru­dakis went on sab­batical, Dell took on the role of pro­fessor for the first time in the spring of 2019.

“I do not doubt that he’s doing a good job,” Suarez said. “He’s just a very good per­son­ality and very friendly and relatable. I can imagine that the stu­dents would react very well, to him and from his work.”

Outside of the classroom, Dell is finding the balance between com­mis­sioned work and building  his per­sonal port­folio.

“Com­mis­sioned sculpture is for the most part someone else’s idea,” he said. “I put it into form, so it’s more of a col­lab­o­rative effort in a com­mission. Whereas when I’m just building up my port­folio is my own work. That’s more my orig­i­nality.”

Dell said his inspi­ration comes from nature. From plants to the human figure, Dell said that there are “ dif­ferent forms that lend them­selves to dif­ferent meanings or dif­ferent ideas.”

But the biggest chal­lenge of  a new artist is cre­ating his own original style — and meeting financial needs, Dell said.

“I find myself con­stantly bouncing ideas around about how I can create a business that [encom­passes] my skills and interests,” Dell said.

“Seeing people like Isaac and his success helps solidify my decision to major in art,” said Mills. “It’s awesome to see him con­tinue to pursue his pas­sions.” 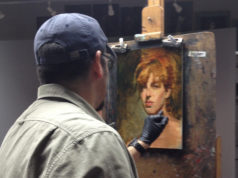 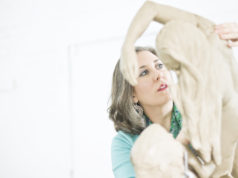 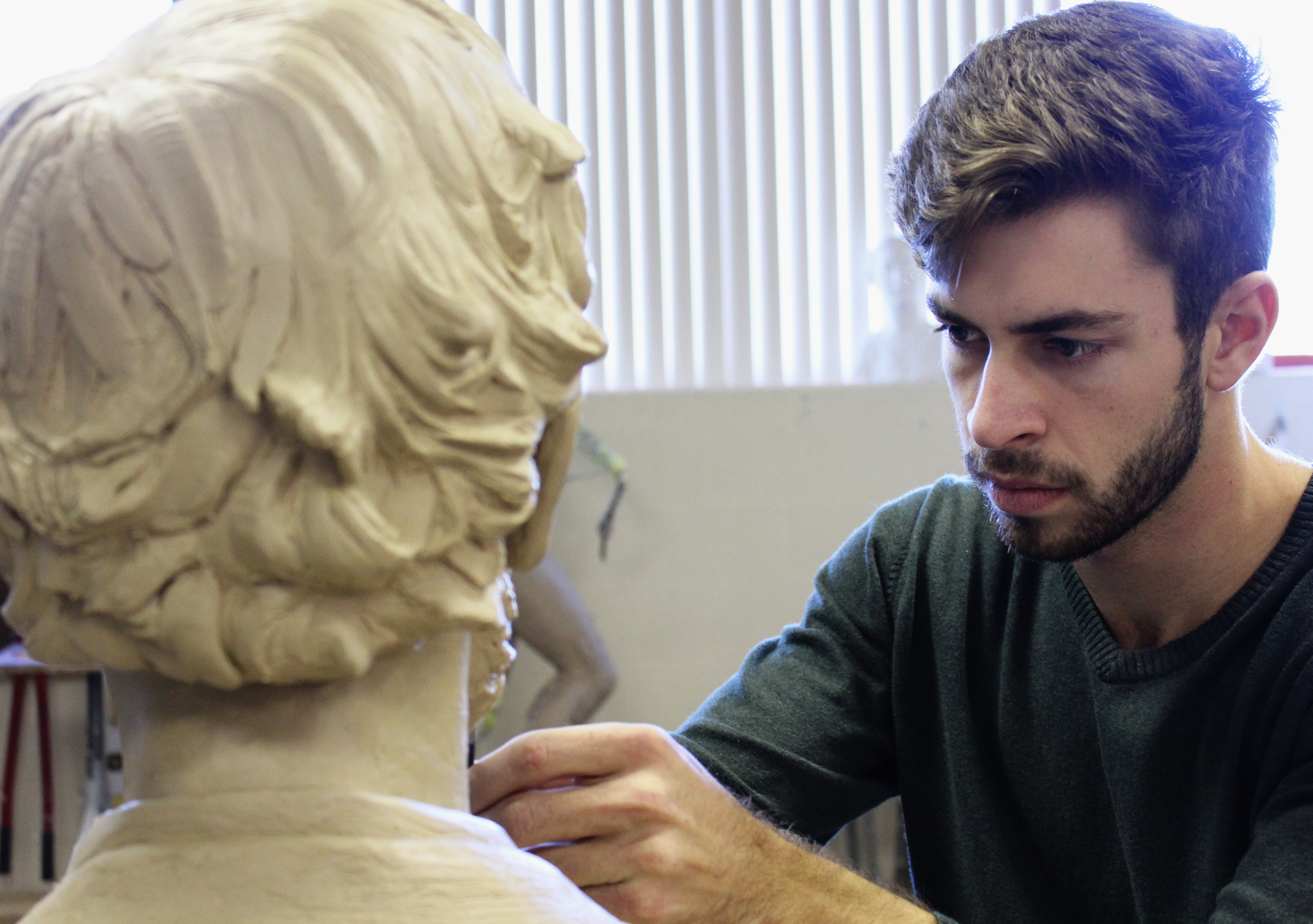 Artists among us: Isaac Dell