Just ask her out. Don’t be so passive. Be a man.

There are plenty of ways to crit­icize men on campus. But when women are given more oppor­tu­nities to find wisdom and men­torship at Hillsdale, the cri­tiques start to fall flat — espe­cially in light of Curate.

The second annual Curate con­ference took place on Jan. 30 in the Searle Center for hun­dreds of female Hillsdale stu­dents. They received advice on cul­ti­vating hos­pi­tality, building a pro­fes­sional brand, and devel­oping spir­itual dis­ci­plines. Mean­while, we men were left outside Searle’s revolving door.

Helping women grow is admirable. From what I’ve heard, the con­ference is pro­ductive and cher­ished by women on campus. Learning how to lead a prayerful life, nav­igate stress, and find mentors is vital. But Hillsdale’s male stu­dents need this, too.

The silent retreat and “Man Up” ses­sions on campus attempt to address this need, and their efforts are appre­ciated. Silent con­tem­plation, however, is not the same as having a speaker pour into lis­teners about struggles like dif­ficult friend­ships, sexual temp­ta­tions, and working hard.

Talking to guys across campus, I find a common con­sensus that the “manly” con­fer­ences the college cur­rently offers only attract and push a spe­cific type of mas­culinity — the ladder-climbing, five-mile-jog-in-the-mud kind. This only speaks to one sector of Hillsdale men. We need words from a diverse group of males, just like how Curate caters to dif­ferent female per­son­al­ities.

Scrolling through the Curate schedule, I counted at least 15 ses­sions that could be pre­sented to men (We will pass on the “Women’s Health” session, however).

Take “Time Man­agement: Prac­tical Tips for Pri­or­i­tizing Your Time.” All Hillsdale stu­dents, male and female, struggle with pro­cras­ti­nation. Even more prac­tical topics that are rarely covered on campus, like how to pur­chase insurance, establish credit, and save for retirement would be helpful.

Three ses­sions in the 2021 Curate cen­tered on dating. In the days fol­lowing the summit, several female friends expressed their wish that men had sat in Plaster Audi­torium with them. “It would make things so much easier if men heard these things too,” a friend said to me.

One Curate speaker com­pared rela­tion­ships to a dance: women need to step back so men can step forward and lead, she said.

Yet guys were never informed we’re dancing. We’re not even in the same ballroom.

Imparting wisdom on dating to only half the school and setting stan­dards for how men should act, while not giving men the slightest clue on those expec­ta­tions, is unhelpful and frus­trating for both parties.

Beyond dating, there are other areas where men struggle that a con­ference could address.

Men’s Health Forum, a British charity, reports that men are nearly three times more likely than women to become alcohol dependent and more likely to die from drugs. Psy­ch­Central reports that 70% of men between 18 and 24 visit a pornog­raphy site at least once per month. The American Society for Suicide Pre­vention found that in 2018, “men died by suicide 3.56 times more often than women.”

There is a crisis among men in our world. To make matters worse, society dis­misses those who hold to tra­di­tional views of mas­culinity as “toxic males.” Hillsdale needs to counter this and host talks to inspire men before they leave to start careers and fam­ilies in this antag­o­nistic world.

It’s time for a seminar where men receive help in these tough areas and catch up on the wisdom we’ve missed out on.

Ben Willson is a junior studying pol­itics. He is the City News editor of the Col­legian. 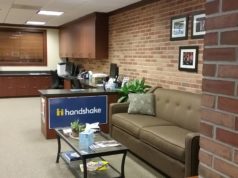