“What is the point or purpose of human sex­u­ality? How are we sup­posed to think about it? This has been a question for philoso­phers. Tell me one movie you’ve seen in which love interest isn’t somehow central to it.”

The litany of romance-obsessed movies proves Pro­fessor of Phi­losophy and Religion Nathan Schlueter’s point: from classics like “Casablanca,” to action films like “The Lord of the Rings,” or even cul­tural favorites like “Harry Potter,”  love is all around us.

Hillsdale is noto­rious for its com­mitment to the higher things, but few pro­fessors have deigned to approach a subject as com­pli­cated as love. Schlueter is the exception.

His course “Phi­losophy of Love, Sex, and Mar­riage” reflects “the College’s com­mitment to teaching ‘timeless truths about the human con­dition’ along ‘such moral and social instruction as will best develop the minds and improve the hearts of its pupils,’” according to the course’s cat­a­logue description. And although love, sex, and mar­riage are topics we’re all familiar with, Schlueter dives into the mys­te­rious nature of all three.

“There is no longer a script in our culture for how to find and choose a mate, and then keep it,” Schlueter said. “The script is gone. And you see the con­fusion that people don’t know what the process is, the cul­tural norms, prac­tices, rights, or rituals that used to be there to help guide our reason and judgment: They’re just gone.”

Sophomore Matthias Rhein has observed the gradual loss of the “dating” script in newer generations.

“As far as I under­stand, ever since the breakdown of the calling system, there’s not been a set in stone structure, or a script for young people to find a spouse,” Rhein said. “It’s all improv. There’s no reg­u­larized standard for how people should act in romantic rela­tion­ships, so that means that every person has to live up to a standard that doesn’t exist.”

“A vast portion of our lives are pre­oc­cupied with these ques­tions. They should be at the very center of our cur­riculum given their cen­trality. We all come from fam­ilies, we come from mar­riages, and we go forth to those,” Schlueter said.

Obvi­ously, these aren’t easy ques­tions to answer — and they’re more dif­ficult for college-aged stu­dents. But in these years of for­mation, Schlueter said, these are sub­jects stu­dents need to learn.

“One part of a liberal arts edu­cation is self-knowledge,” Schlueter said. “This aspect of our­selves is not acci­dental. God made sex­u­ality to be one of the most central aspects of our own identity and self under­standing. It’s central to who we are and so it demands a lot of reflection.”

Luckily, stu­dents who took Schlueter’s class last fall are further along writing that script than most.

“Good dating is knowing what you want in a rela­tionship before you go into one,” Rhein said. “You should def­i­nitely talk it out with the other person, but you should know the values and expec­ta­tions you have so you can be up front about them, rather than sort of dis­cov­ering them as you go. That seems very unre­liable because people can come in with very mixed expectations.”

Sophomore John Paul Schlueter had per­sonal ties to the course — and not just because his uncle is  teaching it.

But John Paul’s journey of self-dis­covery went further than the the­o­retical ideas he learned. For him, it was an insight into the prac­tical appli­cation of how to better love God’s creation.

“I realized even more that we are not made for mediocre rela­tion­ships, but that because we’re made in the image and likeness of God, our rela­tion­ships are meant to be things that reflect that,” John Paul said. “In that class, you’re able to study what that means and what it means to cherish another person as a person and not just as somebody you’re inter­ested in. Real­izing the value of somebody, and what it means to protect that and cherish that and lay it on the line for that in such a way that you’re giving glory to God and not just yourself.”

It’s under­standing those human rela­tion­ships that’s made Schlueter’s course so suc­cessful — and stu­dents are grateful.

“I get letters, I get emails, I get wedding invi­ta­tions from stu­dents from a whole variety of dif­ferent reli­gious faiths and per­spec­tives who express grat­itude for the course,” Schlueter said.

Even more important is the audience who have been helped by Schlueter’s course. Under­standing sex­u­ality can be embar­rassing, awkward, and shameful. The beauty of the course, however, is how it pushes stu­dents to accept parts of them­selves they oth­erwise might not have.

A topic like sex­u­ality is a source of shame for many. Junior Aidan Cyrus said that growing up, he didn’t con­sider sex­u­ality to be an inherent good.

“I grew up with an almost puri­tanical mindset, with an Augus­tinian view of sex, where it’s always per­verted by lust even in mar­riage because of sin,” Cyrus said. “There is a mystery to it in that it’s not some­thing you can under­stand, but some­thing you can seek to understand.”

With age, Catholicism, and general growth, Cyrus changed his per­spective. But it was Schlueter’s class that allowed him to grasp the true sig­nif­i­cance of human sex­u­ality.

“Through the class, you can make these sort of things intel­li­gible, you’re able to at least, hope­fully, start to practice directing your own sex­u­ality toward the good things that we talk about, like toward total goodwill to others, whether you’re in a rela­tionship or just towards your friends,” Cyrus said. “You end up seeing them as goods, in and of them­selves, and wanting what’s best for them.”

Senior Natalie Kent has been in a suc­cessful rela­tionship for eight years. Although both Kent and her partner were raised in the Catholic faith and had an under­standing of the impor­tance of sex­u­ality, Schueter’s course helped them under­stand why.

“The best part of the class was learning and coming to under­stand more deeply why I believe what I believe,” Kent said. “A lot of the infor­mation that we encoun­tered throughout the class wasn’t nec­es­sarily unfa­miliar, but it was such a gift to learn more about the core prin­ciples of the Catholic faith and par­tic­u­larly, how important it is to always pri­or­itize the dignity of the human person.”

For Kent, the course took Hillsdale’s mission to the next level of education.

Schlueter isn’t trying to fix the world’s problems, be the next Hillsdale match­maker, or com­pletely rev­o­lu­tionize the dating scene; he’s trying to push stu­dents to under­stand, rec­ognize, and embrace their sex­u­ality as a force for good.

“Some of what we read allows you to see that you can have some con­fi­dence that God made this part of us to be good, even if it’s wounded by sin, it’s mys­te­rious and it’s funny — it’s part of the adventure of life to sort of live it and deal with it. There’s a kind of joy in that,” he said.

Schlueter plans to teach the course every fall semester. As of now, he said he will open two sec­tions, each with 25 stu­dents, for the 2021 fall semester.

“I’m not trying to indoc­trinate stu­dents into some sort of narrow con­ception of these things. I cer­tainly think there are truths to be taught and embraced, then we go through those in the argu­ments, and I cer­tainly want them to be equipped,” Schlueter said. “When they leave Hillsdale to deal with the con­fusion that’s out of the culture they need to be ready for this. But I also think they need to not be afraid of it.”

Ulti­mately, the focus of the class is God: God is love. And hope­fully, stu­dents who take the class learn that love actually does exist — but that it’s much richer, beau­tiful, and more mean­ingful when you under­stand why.

Review: All is fair in love and autism 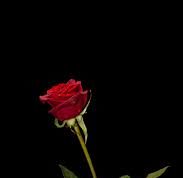