Gen. Robert Neller will teach a special course next week on lead­ership in the Marines.

The former com­mandant of the Marine Corps will focus on examples of lead­ership invWorld War II, the Korean War, and the Vietnam War. The one credit class will meet in the evenings on Feb. 22 – 26.

“The class will offer the stu­dents an oppor­tunity to con­sider their own lead­ership skills and styles in the context of how the U.S. Marine Corps teaches lead­ership and within a case study involving the Korean War,” Neller said in an email.

“Our pro­fession is framed by an oath to the Con­sti­tution and by a code of conduct that governs how we lead our lives both pub­licly and pri­vately,” Neller said. “There is an expec­tation that we will conduct our­selves with virtue and honor.”

Neller credited the basis of a good leader with a person’s char­acter.

“At the base it is being a person of honor and virtue,” Neller said. “After that: self­lessness, com­pe­tence, effort, integrity, and com­passion for others.”

Michael Murray, exec­utive director of gifts and estate planning for Hillsdale College, was the original point of contact between the college and the general, having served under him in Iraq as a lieu­tenant colonel in the Marines.

“This has been a very organic kind of process.” Murray said. “When I started working with the college, I stayed con­nected to General Neller.”

Murray intro­duced Hillsdale College Pres­ident Larry Arnn to Neller, who invited the general to give the 2019 Com­mencement address at the college. Arnn then offered the general the oppor­tunity to speak to stu­dents more directly, and they planned for a course on lead­ership to be taught in spring 2020.

“We were sup­posed to do the course last spring,” Murray said. “It was set for the end of March, and then COVID took control.”

Vic­toria Schmidt, a senior biology major who plans to join the Air Force after grad­u­ation, said she’s looking forward to the class to help lay the groundwork for becoming a good officer.

“I’m antic­i­pating that the general will borrow from per­sonal lead­ership expe­rience in the class, teaching the material in a way which only he can and giving new life to familiar battles and mil­itary figures,” Macaluso said.

Macaluso said he is also hoping this class will be a step toward a future mil­itary lead­ership program at Hillsdale.

“It is some­thing that other mil­itary stu­dents and I have recently pro­posed to the admin­is­tration,” Macaluso said. “Much like pre-med or pre-law, we envision a program which would help prepare Hillsdale stu­dents to become better officers. Such a program would include a mil­itary history com­ponent, without neglecting tac­tical, physical, and moral for­mation for sound mil­itary lead­ership.” 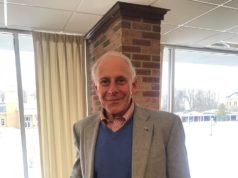 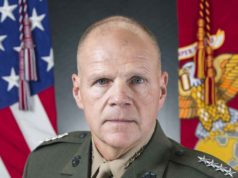 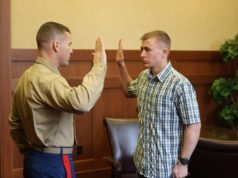