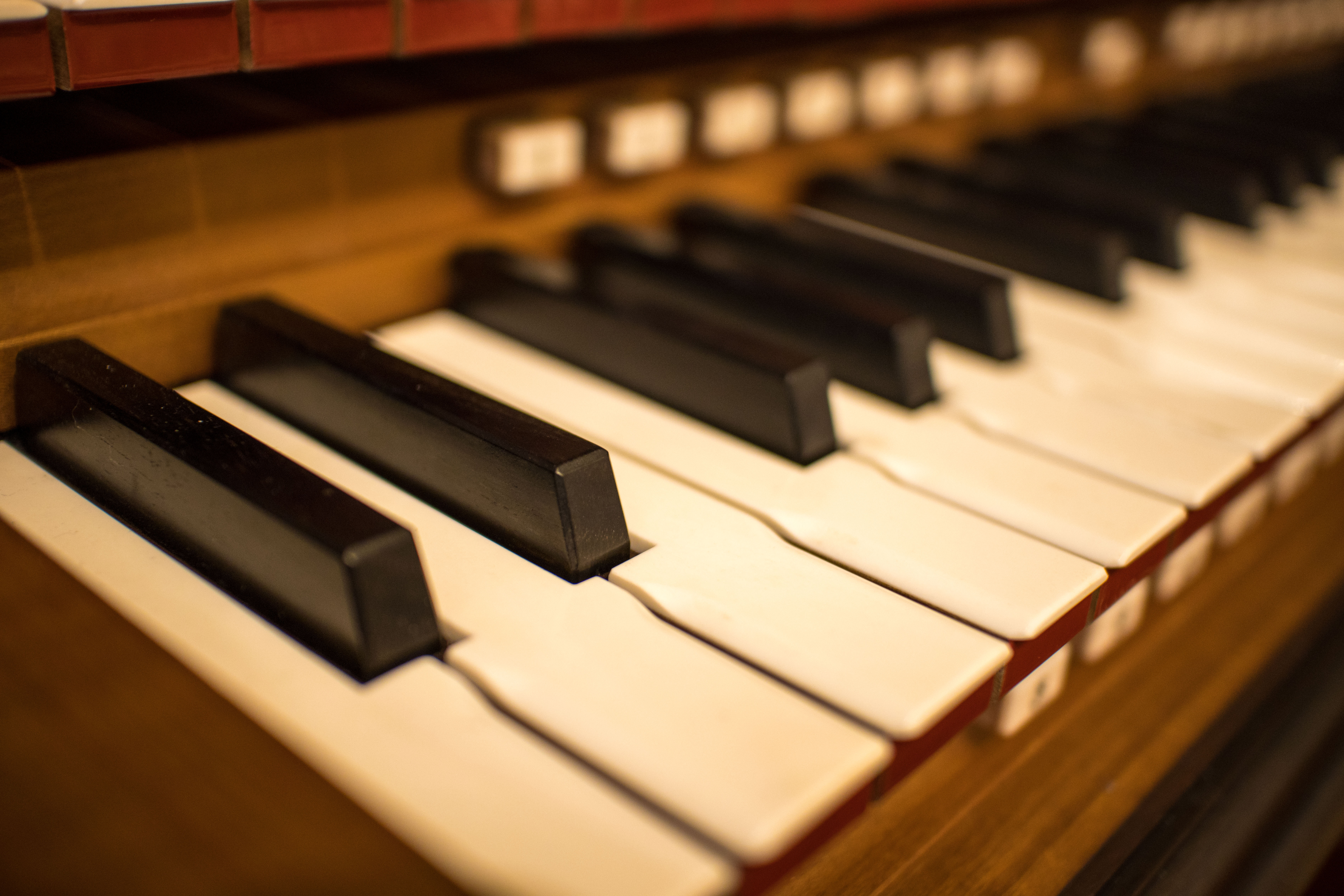 Despite its vaulted ceilings and ornate columns, when Christ Chapel first opened to the stu­dents, faculty, donors, and the public, it was missing something.

It lacked an instrument that could dazzle the ears with a range of dynamics, could support a choral rehearsal, and could accompany the wide variety of instru­ments to perform solos. While the beau­tiful, new organ cer­tainly would be effective in these respects, one of the most common, and yet most dis­tinct and clas­sical, instru­ments was vacant.

That hole in the musical fabric of Christ Chapel was filled doubly by the majestic 9 foot Steinway D piano and its smaller sister, a 7 foot Steinway B, both the gen­erous gifts of donors of the college.

In May of 2019, college trustee Ron Nolan and his wife, Phyllis, reached out to Hillsdale college with an offer. They wanted to donate a piano capable of filling Christ Chapel, an instrument suitable for student, faculty, and guest recitals. A noble instrument for a noble space. They also wanted their friend Stanislav Ioudenitch, who is a pro­fessor of piano at Oberlin Con­ser­vatory of Music and an inter­na­tional concert pianist, to help select the piano, and to perform at Hillsdale when the piano is ded­i­cated.

In January of 2020, James Holleman, chair of the music department, and Brad Blackham, director of key­board studies, met the Nolans and Ioudenitch in New York for a two-day trip to search for the right piano.

“That’s a totally unique expe­rience and most likely a once-in-a-lifetime thing for myself and probably most pianists. You just don’t get many oppor­tu­nities to go to the Steinway factory to choose an instrument,” Blackham said.

The Steinway brand was chosen since it is the inter­na­tional standard of concert pianos, and also because Ioudenitch insisted on a Steinway — a propo­sition the college accepted full-heartedly.

“We did go back and forth on the pos­si­bility of a German Steinway versus a New York Steinway. At one point the idea was to fly to Hamburg, Germany, and pick up an instrument. It was just logis­ti­cally impossible.”

The German instru­ments are known for their Aus­trian tech­nique and approach to sound, somewhat similar to the Bösendorfer piano cur­rently housed in Conrad Hall. The American ver­sions tend to have a bold and upfront sound, Holleman said.

The final day of the trip included a tour of the Steinway factory, located in Astoria, New York. The tour not only included the chance to pick out the perfect instrument, but also a visit to the storied Steinway vault, an invi­tation-only, secured safe which con­tains seven of Steinway’s most notable instruments.

The seven pianos were each placed on their own stages and showered with colored lights designed to best show off the par­ticular var­nishes on the pianos.

“One of them had images from Mussorgsky’s “Pic­tures at an Exhi­bition,” imagery based on the piece and the artwork depicted in the piece. There are also a couple of instru­ments with veneers that wouldn’t be used typ­i­cally, like Santos Rosewood and Macassar Ebony, for example,” Blackham said. “It’s very much like pulling back the curtain to find the wizard,      à la the Wizard of Oz.”

While the visit to the Steinway vault was a unique expe­rience, the most important part of the tour was the choice of pianos. The seven 9 foot Steinway D’s were arranged in a climate-con­trolled showroom.

“It was like driving nine dif­ferent Fer­raris,” Blackham said.

The two pianists nar­rowed down their choice, focusing on action and sound pro­duction, finally selecting the piano that now lives behind the sanc­tuary in Christ Chapel.

When the piano arrived in Feb­ruary of 2020, it did so in time for senior Anne Ziegler’s March 5 concert, during which she per­formed the first movement of the Saint-Saens piano con­certo no.2 in G minor.

“It is no easy task to present such a beau­tiful and awe-inspiring instrument, and I wanted to do it justice. When I per­formed, though, I was over­joyed to have such an expe­rience. Steinways are, and always will be, close to my heart,” Ziegler said.

The smaller, seven-foot Steinway model B was also the result of a gra­cious donation to the college.

“The process of getting the 7‑foot grand was much less pomp and cir­cum­stance than the 9 foot, mostly because it was donated to us and it hap­pened in the summer, though we were just as happy to learn that we were getting such a lovely piano,” Blackham said.

The beau­tiful, wood-stained piano orig­i­nally resided in the home of Mar­jorie Stroud in Lee­lanau Michigan before she donated it for use in the chapel in the summer of 2019. While the smaller piano does not command the chapel in the same spec­tacular way that its more mag­nif­icent sister does, it ful­fills an important role.

Thus, the wood-stained piano now sup­ports the choir in its rehearsals which have taken place in Christ Chapel since the COVID-19 pan­demic. It is used in student events and has been fea­tured in orchestra con­certs as well.

The vacant spot orig­i­nally felt in Christ Chapel has been more than filled with instru­ments that point to the purpose of the chapel: to lift minds and hearts to God.

“When I hear the warm tone of the Steinway fill up the white and marbled space of the chapel hall, I am over­flowing with joy. I can’t help but smile and thank God for the beau­tiful gift of music that orients my soul towards him,” said Ziegler. 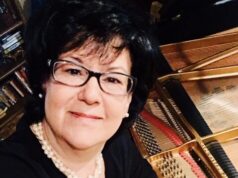 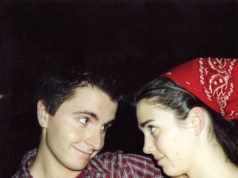