It’s a rare kind of instrument that requires naughty Catholic school children to produce sound. But this is exactly what the church organ requires. Most organs have a pedal at the organ­ist’s feet that blows wind through its reeds to make it sing. But the church organ’s pedal pro­trudes directly out of its side — far from the reach of even a long-legged organist.

According to Janette Weimar, pres­ident of the Hanover Horton His­torical Society, par­tic­u­larly naughty Catholic school children were pun­ished at the end of the week with the duty of riding the pedal oner­ously up and down throughout long masses.

This par­ticular church organ is the tallest at the Henry Conklin Organ Museum in Hanover-Horton, Michigan. It is the largest public col­lection in the country and houses 99 organs and two pianos. The oldest organ the society has defin­i­tively dated was a melodeon built in 1856. But they believe they have even older spec­imens that they are unable to date.

“We like to say that we are Jackson county’s best-kept secret,” said Sharon Folkerth, member and admin­is­trator of the Horton Hanover His­torical Society.

The col­lection began when local farmer Lee Conklin’s wife passed away. He began col­lecting organs and keeping them on his farm because he thought they sounded beau­tiful. He had no musical training and could not play, but he was a master wood­worker, and slowly began to learn the innards that made the organ sing. He mostly resur­faced their ornate wood casings.

One day, he met Francis Hartman, a local organist, who came to his farm to play his instru­ments.

“She was a piano teacher in Horton, and almost anyone who took piano in town was her student,” Weimar said. “Conklin loved to hear her play.”

In 1976, Conklin and Hartman started the Society because an aging Conklin worried that his col­lection would be sep­a­rated or fall into dis­repair. Hartman shared his sym­pa­thies. She and her husband took charge, for­mally founding what is today called Hanover Horton His­torical Society. Before the society formed, Conklin had already col­lected 76 of the 99 organs now in the museum.

Now, the Society does not stop at organs. It houses town history of all vari­eties, from a replica of an old-fash­ioned classroom, to antique toys, fur­niture, and cookware. A walk through the building is a walk through the history of Horton Hanover.

But, many small Mid­western towns build detailed his­torical soci­eties — not every town holds the largest public organ museum in the nation. And Conklin’s organs rever­berate throughout the whole building.

Conklin’s policy was that any visitor was welcome to sit down at any organ and play. In the pre-Covid days, Weimar said, the gym­nasium was full of the rich, reedy notes from dif­ferent organs — par­tic­u­larly cacoph­onous on field-trip days.

“People are sur­prised we are a hands-on sit­u­ation,” Folkerth said. “Our rule is if you play, please do. The organs need to be played and have their mech­a­nisms moved to keep working well. We do even allow children to play. I tell them, ‘You have to treat the organ gently, most of these are older than your great-grand­mother.”’

Reed organs, Folkerth empha­sized, are not tuned to a standard concert A, which vibrates at 440 hertz (higher fre­quency indi­cates higher pitch). A did not become the standard until the late 1930s, so instead, organs tune to them­selves. Within the gymnasium’s swelling col­lection, the note called A runs any from between 430 to 460 hertz. This means that an A in one organ matches a com­pletely dif­ferent note in another — which adds to the cacophony.

The har­diness of the organ — and ability to tune to itself —  is part of the reason it became so ubiq­uitous by the late 1800s.

Unlike the piano, which began to develop at the same time, the organ is rel­a­tively unaf­fected by its envi­ronment. Neither cold, heat, damp, or movement greatly affect the organ’s pitch and tuning. They became popular on ships, and fam­ilies even trundled their organs across the country in wagon trains with rel­a­tively little effect on their sound.

“Some people just do not like the sound of a reed organ,” Folkerth said. “But in the organ’s defense, if you take in an instrument that says no main­te­nance for 100 years, I think it is jus­ti­fiable that it doesn’t sound as well as it might. It makes a big dif­ference when you’ve got it tuned and the range and all the stops are working.”

Although hardier than a piano, reed organs are far more complex. Very simply, air pumps through the bellows and over the brass reeds, causing them to vibrate and make sound. But the larger the organ, the more ranks, or rows, of reeds on both top and bottom which cor­re­spond to keys. This alone allows for a wider range of not expression than a piano. In addition to the foot pedal board, the organist also mod­erates the musical expression; pumping harder evokes a fuller sound, while pumping lighter evokes a softer tone.

In addition to this, the organist can also open layers and layers of “stops,” which are shutters and damp­eners within the organ that either impede or boost the sound.

“You’ve heard the expression pull out all the stops,” Folkerth asked. “This is where it comes from. When you open the stops, you open a mute allowing air to reach another rank of reeds.”

One organ in the museum from a Catholic Church in Jackson has 21 stops.

The His­torical Society offers organ repair work­shops once a month — both to repair its organs, and teach about the inner working of the instrument and appre­ci­ation for the complex way it pro­duces music.

When they acquire a new organ, one of the first things they look for are cyphers. These are any kind of unex­plainable, strange noise ema­nating from the organ. A large part of organ main­te­nance involves hunting out these mys­te­rious sounds — many of which emanate from valves either stuck opened or closed.

“It can sound really strange with a certain com­bi­nation of cyphers,” Folkerth said. “There was one time in the workshop they were working on an organ and we decided to test it. It had several cyphers, and I thought for a moment we had someone playing the bagpipe.”

The museum and work­shops are open to the public, and will resume as COVID-19 restric­tions die down.

“All we require is will­ingness to join the society and get your hands dirty,” Folkerth said. 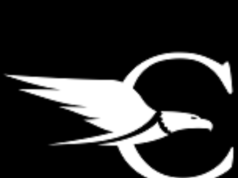