In every heart is rooted a desire to belong. There exists an elusive yet inex­plicably mag­netic desire to have a place of one’s own.

“Home” has been defined in a myriad of ways and the sta­bility and beauty of com­mitted rela­tion­ships is one avenue through which we expe­rience a ‘homeland.’ The funny thing is, though I’ve reflected on home as a place that is formed through the love of human rela­tion­ships, I hadn’t thought of having a ‘homeland’ in the context of human inter­action until I encoun­tered two sources that seem, at first glance, entirely unre­lated: Milton’s epic poem “Par­adise Lost” and Taylor Swift’s song “Exile.”

One of my suit­e­mates and I have the delightful and often humorous habit of stalking each other on Spotify. One day, after lis­tening to a song I saw she’d lis­tened to from Taylor Swift’s “Folklore” album, my eyes landed on another song, “Exile,” that was also on the album. I was quickly struck by the subtle yet piercing lyrics, the ethereal and haunting melody, and Bon Iver’s smooth baritone voice. The words felt so raw and real, like they were written by someone who under­stood what they were saying— and felt every word of it.

Though I wasn’t sad, I felt strangely attached to the song. It speaks to the human desire for accep­tance and love, and the sub­se­quent pain of rejection and frac­tured rela­tion­ships. “Exile” was basi­cally on repeat during Thanks­giving break and beyond. Some­where along the way, I was hit by a sudden real­ization: “Par­adise Lost” and “Exile” both spoke to the concept of a “homeland.”

The more I lis­tened, the more I realized Swift’s lyrics were somehow bound up in the same pursuit as Milton’s epic. Of course, their pur­poses were dif­ferent, and Milton’s main argument was not about the loss or gain of a homeland. But there was a thread that con­nected a 17th century mas­ter­piece to a 21st century pop song— and it aston­ished me.

But perhaps it shouldn’t have.

As I was researching for my final paper in my Renais­sance lit­er­ature course earlier last semester, I came to appre­ciate through my research that Adam is Eve’s “homeland.” In book 12, she calls him her “all places,” and there is a deep divide between the solace of fel­lowship that Adam and Eve expe­rience in com­parison to the mad­dening iso­lation to which Satan is eter­nally subject. Even in their fallen state, God gives them a tem­poral resting place that reflects their ultimate homeland in par­adise. Rela­tion­ships can be havens of comfort and home in a bitter and lonely world.

Little did I realize then that Taylor Swift has a say in it, too. When I first heard “Exile,” weeks after doing my research for “Par­adise Lost,” I didn’t see the con­nection. Then, one day, it hit me.

While everyone desires the sta­bility of a homeland, we must simul­ta­ne­ously acknowledge that the theme of being an exile is not new in lit­er­ature or verse. Since the Fall, mankind has struggled with feeling iso­lated and in need of con­nection. From the Old Tes­tament, to a renowned author of a the­o­logical argument, to a modern musical icon, humans have asserted directly and unwit­tingly that we all are seeking a place of belonging. The wrestling heart of the exile is one of the themes of humanity that we can never fully answer or lose.

Music and lit­er­ature are both lenses through which humans can begin to process the beauty and pain of living in a world that cannot escape the Fall. While it may seem like there is little room for the divine in such a dif­ficult and dis­torted act of com­mu­ni­cation, that fact itself points to the impor­tance of heavenly love and the healing that arises from a well-ordered love.

To the Christian, works such as “Par­adise Lost” and “Exile” are dim but piercing reminders that our only homeland is found in eternity. Ulti­mately, they both demon­strate — and perhaps even pro­claim — how the human soul cannot be sat­isfied in human terms. The sin and bro­kenness of the world pro­vides no solace to the wan­dering soul. But despite the some­times frus­trating truth that no human can be a perfect homeland to another, human love can act as a dim reflection of Divine love and point our eyes heavenward.

Did I ever think I would speak the names of Swift and Milton in one breath? Never. But perhaps that’s part of why I find this so beau­tiful. The poignant reminder I have been gifted with through this strange yet sweet con­nection is that we are sojourners here, tasked with stew­arding our lives and delighting in the home­lands that God pro­vides to us here, all the while remem­bering that there is only one Homeland that can truly satisfy. I hope you will join me in seeing your earthly home­lands as a tiny but priceless reminder that the best is yet to come. 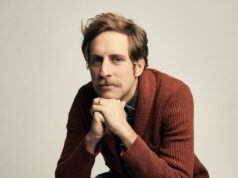 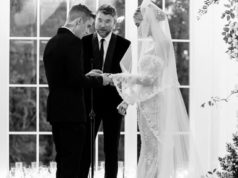