I was hoping Pixar wouldn’t make me cry again, but I was wrong.

I’ve always been the one who cries during cartoon films. Toy Story 3? Been there, done that. Inside Out? “I should be feeling sadness too.” I went through an entire tissue box that night.

When “Soul” popped up on my Facebook feed, I expected nothing other than a col­orful, cute, heartfelt, feel-good movie. “Soul” delivered, but it also opened my eyes to a painful real­ization: humans often expect way too much from the life they live. And it only took one char­acter to show me that: Joe, the middle school band teacher.

The movie starts with lead char­acter Joe Wagner (Jamie Foxx) con­ducting a dis­jointed, out-of-tune, middle school band. Def­i­nitely not his ideal sit­u­ation — and cer­tainly not his dream job. He’d much rather be the star of the show at a big-time jazz club. Soon after, Joe’s invited to play piano with famed sax­o­phonist Dorothea Williams (Angela Bassett) in downtown New York City. His stu­dents can wait, and Joe’s already out on the town, dancing around, preparing for his big debut. That is, until he falls to his death — lit­erally.

After falling into a manhole on his way home, Joe wakes up to himself as a blue blob in an afterlife-esque world. “You’re on your way to the “Great Beyond,” another blob tells him. But Joe can’t deal. “I’m not dying the very day I have my shot,” he yells to his new com­padres.

Dead people, now souls, are waiting in line for the afterlife. Well done, Pixar, for explaining exactly how death works to your young viewers. Joe imme­di­ately starts running back­wards, straight into the world of newly born souls, cre­atively called “The Great Before.” Joe is invited — or better put, obligated — to help a soul find its passion before heading to earth. Sure enough, he’s assigned to the most dif­ficult soul in the system: Number 22 (Tina Fey).

She’s a com­plainer, feisty, and entirely dis­in­ter­ested in finding her passion. “I already know every­thing about earth and it’s not worth the trouble,” she sighs. “I’m com­fortable up here, I have my routine, I float in mist.”

Joe’s not con­vinced, and in his mind, if he gets her to earth, he can tag along and achieve his lifelong dream of becoming a world-renowned jazz pianist. To his own demise (though he doesn’t realize it at first) they plunge down to earth — but instead, 22’s soul falls into Joe’s body and Joe’s soul is trapped in his cat. At least he’s back on earth, though, and there’s hardly any time to spare before he’s on stage with Dorothea.

22 is scared, but it’s refreshing to watch. Her expe­rience resembles the wonder of a child, con­stantly amazed by how earth works. She’s over­whelmed by the taste of a slice of pizza. We see her listen to a subway musician for the first time, and to show her appre­ci­ation, she drops a bagel half in his guitar case. She doesn’t know cur­rency, but she does know grat­itude.

The moments con­tinue. She lays on a dirty sidewalk grate and swings on the metal hand­holds of the subway. More impor­tantly, Joe watches himself enjoy life in a way he hadn’t before.

The aes­thetic of the film cap­tures this sim­plicity, too. New York isn’t por­trayed as the glam­orous NYC you see in most movies. You can see the muck of the city throughout the film. Dead leaves fall along the sidewalk, and trash lies in the streets. But it’s on these very streets that 22 finds the joys of life. And by the way, if you’re a sucker for jazz, this sound­track will carry you through each scene like a fresh spring breeze.

Then 22 delivers perhaps the most striking line in the film: “Maybe sky watching can be my spark! Or walking, I’m really good at walking! What about sky watching?” to which Joe responds, “Those really aren’t pur­poses, 22, that’s just regular old living.”

But when Joe finally makes it on stage for his jazz debut, and even per­forms his best, the audience can’t help but see his emptiness. Some­times, even achieving your lifelong dream won’t fulfill you. It was, he realizes, the “regular, old living” that made his life mean­ingful.

At the end of the film, Joe — now back in his own body — pulls out the trinkets 22 col­lected. A spool of thread that his mom used to fix up his suit, a crust of pizza, half a bagel, a metro ticket, and a lol­lipop from the hair salon. All objects we throw in the trash, but ones which 22 was quick to savor. Tears flood his face as he recalls the moments that meant the most to him: Watching the fire­works on his own, playing the piano with his mom, biting into a piece of pie. This is the life Joe was missing.

There really was no bad guy in this film, other than Joe’s inability to rec­ognize the glory of basic life. It’s a reminder for those of us who fer­vently chase the “big things” and think “if only I have that, I will be happy.”

When I grad­uated high school, one of my teachers came up to me and said, “So what’s next for you? Not undergrad plans. The important stuff, like your summer.” I take it that’s what director Docter wanted Joe to answer. By the end of the movie, it wasn’t his next jazz debut he was looking forward to, it was time spent savoring the simple things.

Sure, the movie may be more real­istic than what most viewers want in a cartoon. But films should be about more than just enter­tainment — they should make you think and feel, too. 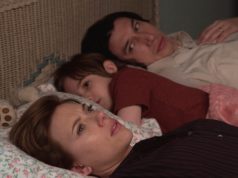 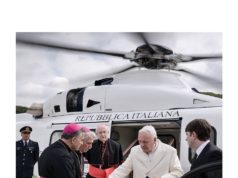 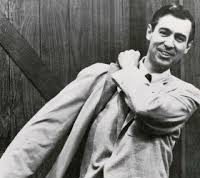