In the wake of state orders to cancel in-person learning the Hillsdale music department and the depart­ments of theatre and dance will either cancel or postpone all end of the year per­for­mances.

Choir, orchestra, and jazz con­certs will be can­celed for the remainder of the year as stu­dents are unable to rehearse due to the state’s ban on in-person classes. The theatre department’s per­for­mance of “J.B.” and the Tower Dancers December per­for­mance are post­poned until January.

Music ensemble rehearsals had already been can­celed a week prior to the governor’s order due to the sudden increase in COVID-19 cases on campus.

“I try not to think about it as much as I can so I can enjoy the music. It’s just a part of the daily life in the world right now,” added junior vio­linist Peter Kalthoff.

The per­for­mance of “J.B.” had also already been pushed back since three of the fourteen cast members were quar­an­tined.

“Cur­rently the plan is to hold over the set and cos­tumes for “J.B.” and open it the first or second week of classes in January,” said James Brandon, chairman of the theatre and dance department.

“I hate to say we’re not losing any­thing — because we are losing quite a bit — but our intention right now, is if every­thing is open, then we will get every­thing in that we were sup­posed to do this semester, next semester,” he said.

The Tower Dancer’s who would have per­formed on Sat­urday, Dec. 5, have post­poned their per­for­mance as well. About one-third of the per­formers had been quar­an­tined, said Assistant Pro­fessor of Dance Holly Hobbs, who is also the director of dance and the Tower Dancers.

“We’ve decided to funnel the dance that we would have pre­sented, into our April concert. So we’ll just have a few extra dances than normal,” said Hobbs.

The process of cre­ating music was still worth it, Holleman said.

Stu­dents said that they don’t feel that the work they put in during the semester went to waste, even though it won’t cul­minate in a per­for­mance.

“We’ve still been showing up reg­u­larly, if we don’t have a concert then it was still ben­e­ficial for us,” said junior Ellen Hancock, who sings in the choir. “It would maybe be a loss for the public, who really enjoy the con­certs, and the attendees who don’t get to come.”

“I try to not let it bother me a lot because it just detracts from the beauty of the per­forming arts, and I wouldn’t want the audience to feel any­thing but relief,” Kalthoff said. 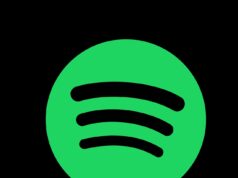 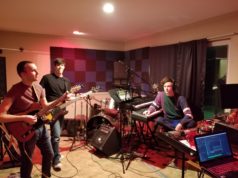 Choir to sing in seven languages