Hillsdale College is encour­aging stu­dents to stay on campus over Thanks­giving break, a change from pre­vious years where campus has been closed for the holiday.

“All are welcome to stay on campus over the Thanks­giving break,” Hillsdale College Pres­ident Larry Arnn said in an email on Monday, Nov. 16.

On campus, dorms are adjusting long-standing policies to prepare to house stu­dents during the holiday.

“Whitley will be main­taining RA duties, vis­iting hours, etc. and treating break like a normal week except for not having classes,” Gau­thier said.

RA teams are encouraged to stay on campus, but many res­i­dents won’t be around, according to head Simpson RA and senior Barrett Moore.

“There aren’t many res­i­dents actually staying. No RAs are required to stay, although a few are opting to,” Moore said. “At least in Simpson, most res­i­dents are going home.”

Gau­thier added that the RA team is planning to maintain dorm com­munity for stu­dents remaining on campus by hosting group activities.

“We are hoping to do some fun events with the guys who stay in order to make sure everyone feels involved and in com­munity over break,” Gau­thier said.

With COVID-19 cases rising state and nationwide, many stu­dents have made the decision to remain on campus. Some said the virtual nature of classes made it easier to stay on-campus.

“It wasn’t so much the virus itself as much as concern that I wouldn’t be able to return to campus after Thanks­giving Break because they might have chosen to shut down like they did after Spring Break last semester,” sophomore Hunter Law said. “I tend to focus a lot more when I’m in my dorm than when I’m at home and there are obvi­ously a lot more resources available on campus for writing and studying that I don’t have at home.”

College is often the first time stu­dents are away from home for an extended time. For the freshmen who choose to remain on campus over break, this is likely their first holiday without family. Freshman Thais Bel­lancole, who plans to remain on campus, said he hopes to make the best of the situation.

“I’m planning on video-chatting with my parents and spending time with them that way,” Bel­lancole said. “It won’t be the same as inter­acting with them face-to-face, but at least it’s something.”

Freshman Jen­nifer Leonard, who will also stay on campus over break, was glad Hillsdale offered an option for stu­dents who didn’t want to go home for the holidays.

“I think it makes sense,” Leonard said. “The very last thing I want to do is bring coro­n­avirus home to my family, par­tic­u­larly now that cases have spiked on campus.” 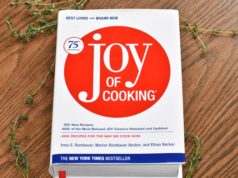 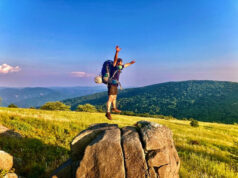