Police are still looking for sus­pects involved in an October break-in and theft at the free clinic run by St. Peter’s Epis­copal Church in downtown Hillsdale.

The sus­pects stole around $5,000 worth of non-nar­cotic med­ica­tions, according to Hillsdale Police Detective Brad Martin. Addi­tionally, the intruder left refrig­er­ators open, causing $17,000 worth of insulin to spoil.

According to the clinic’s Exec­utive Director, Jaimie Bauerly, the sus­pects took nearly every­thing from the pharmacy. The med­ication shelves were entirely emptied, with the exception of three boxes of pills. Needles and some creams were also left untouched. Other missing items include cash and checks from Bauerly’s desk, the candy tray, and trash cans, which are believed to have been used to hold the stolen med­ica­tions.

St. Peter’s Free Clinic was not the only local insti­tution bur­glarized in early October.

“There were other break-ins that same night in areas outside the city,” Martin said.

The clinic opens on Tuesday nights at 5 p.m., and its mission is to provide health care and pre­scription med­ica­tions to unin­sured members of the com­munity.

A rotation of eight medical providers, including nurse prac­ti­tioners, physician assis­tants, and a doctor, typ­i­cally see up to 11 patients each week.

Martin said the suspect may have entered through a window.

The senior warden of the church locked the clinic at 6 p.m. on Oct. 9, according to Bauerly. When she returned the next morning in prepa­ration for the church’s first in-person service since the start of the pan­demic, she found an open window and broken screen.

Bauerly spec­u­lates that the criminal used a butter knife from the kitchen to get into the locked pharmacy once within the clinic.

“There are evi­den­tiary processes that are in place, and we are waiting to get reports back,” Martin said.

The pharmacy does not carry nar­cotics, so the motive of the criminal is still in question.

“One of the phar­ma­cists thinks that the criminal sold it to an under­ground pharmacy,” Bauerly said.

Martin said he is working with local author­ities to inves­tigate pos­sible con­nec­tions between the crimes.

The clinic has since replaced the lost sup­plies and had enough money saved to order new med­ica­tions imme­di­ately fol­lowing the break-in, even though it runs entirely on dona­tions and grants, Bauerly said.

Its annual fundraiser, the Taste of Autumn, a food and wine tasting event, was can­celed due to COVID-19. Despite this setback, donors and local busi­nesses have con­tinued to send checks.

“The clinic has had huge support from this com­munity ever since it opened,” Bauerly said. 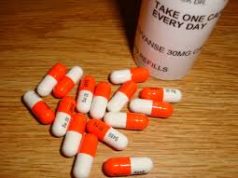