Culture Editor Sofia Krusmark has always been inter­ested in hearing and knowing other people’s stories.

“Whenever someone gets home or has some­thing going in their life, I want them to tell me the story,” Krusmark said. “I’ve been doing that ever since I was a little girl. I always asked for all of the details.”

This desire to have a full under­standing of the people she interacts with is one of the reasons that Krusmark began writing for the Collegian.

“I went to my  first Col­legian meeting my sophomore year, I jumped into the class, and I was just excited to start telling peoples’ stories that I lost any inse­curity I had,” Krusmark said. “It was more important to share the stories of other people than to be lost in myself and whether I would write it well.”

Knowing her passion for sto­ry­telling, Krusmark worked at a variety of  news­papers during her last two summers, which gave her access to nar­ra­tives she would have never encoun­tered otherwise.

In the “Summer after my sophomore year, I applied to be an intern at the Col­orado Springs Gazette,” Krusmark said. “I got to interview Gene Kranz, the flight director for all of the Apollo mis­sions. He talked to me about his friendship with Neil Arm­strong and Kennedy.”

Writing for D Mag­azine in Dallas, Texas, Krusmark was able to tell a variety of stories including  the renowned chef Amanda Freitag’s , opening her first restaurant in the United States, and how a girl named Katie canned a classic Texas bev­erage – ranch water.

Krusmark noted that despite these worldly expe­ri­ences she still enjoys working in and around Hillsdale College’s campus.

“There’s a really special com­fort­a­bility that I have in being able to write and edit the culture section in Hillsdale,” Krusmark said.

Noting the dif­fer­ences between these intern­ships and her time at the Col­legian, Krusmark explained, “they all lie under the same cat­egory, which is telling people’s cre­ative ven­tures. And that’s what I love to do. Finding the inge­nuity behind what a person is doing and how I can tell their story.” 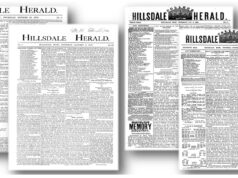 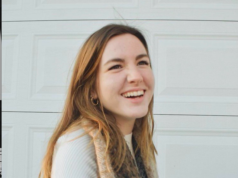 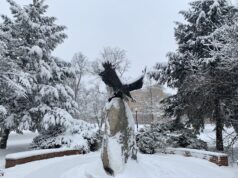