When my friend called me to tell me about a new dating show, I was thrilled. There’s nothing I love more than smutty attempts at romance.

He informed me that this show, “Love on the Spectrum,” was dif­ferent from every­thing I’ve seen before — that this show had the potential to change my life.

Shot in Aus­tralia, the show chron­icles mul­tiple young-adults with autism as they embark on journeys to find love. Filled with misread social cues, heart­break, and laughter, it offers a unique per­spective of that one emotion we all hope for.

If you’re a fan of “The Bachelor” or “Married at First Sight,” this show isn’t for you — there’s no drama, only real reac­tions to rejection, heart­break, and com­pan­ionship. This show is about the hard­ships that come with getting to know someone and all the quirky ins-and-outs of casual dating — some­thing we can all relate to.

Due to their dif­fi­culty under­standing social cues, autistic people gen­erally have a harder time under­standing and expressing emotion. Ini­ti­ating and fos­tering rela­tion­ships requires socia­bility, but social rela­tion­ships are desired, required, and enjoyed by everyone — no matter their place on (or off) the spectrum.

After dis­cov­ering that the show fea­tured autistic indi­viduals, I was  imme­di­ately afraid it would make a mockery of people on the spectrum — that it would exploit them for cheap laughs and views.

Thank­fully, the show does the opposite; it offers a per­spective on how important love is. For everyone. Even though autism makes it harder to find love, dis­abil­ities don’t dull the need for it.

Take, for example, 25-year-old Michael, who was instantly charming with his opening line, “An A+ partner looks like me.” And hon­estly,  it does. Michael’s dream in life is to get married; he’s already picked out a ring, is attentive to girls he’s inter­ested in, wants to learn how to care about other’s interests, and has genuine and sincere inten­tions. Michael’s gen­tle­manship is remarkable, and not just because of his Aspherger’s.

Then there’s Jimmy and Sharnae who (spoiler) got engaged on the show after running around Las Vegas for hours trying to find the anxiety-ridden Jimmy a pair of navy blue socks to match his navy blue suit. He later told the cameras he couldn’t propose without matching. Luckily, Sharnae under­stood, and the heart­warming duo finally got hitched after a moon­light serenade.

There are so many more con­tes­tants, each one just as special as the last.

Too often, we take for granted the ability to look at, identify, and under­stand love. How refreshing it is to see a group of indi­viduals who inten­tionally devote time to finding true love. Stereo­typ­i­cally, autistic indi­viduals have a much harder time com­mu­ni­cating emo­tions in a dating envi­ronment  — but with the help of Jodi Rogers, a qual­ified sex­ol­ogist who has spent over 10 years working for Autism Spectrum Aus­tralia, the con­tes­tants explored their emo­tions and feelings, and received advice on how to date and under­stand social cues.

Emo­tional attachment is one of the most dif­ficult aspects of autism, and human life in general. It can be frus­trating, dis­ap­pointing, con­fusing, and frankly incom­pre­hen­sible. Here’s the kicker of the show: love is that way for everyone. Everyone can relate to a failed social outing, an embar­rassing date, or an awkward encounter.

Everyone can learn some­thing from the show: if you have an intense desire to identify love — I mean truly, wholly, identify the feeling — you’ll find it in its purest form, no matter how socially inept you are. Despite chal­lenges, and people on the spectrum face many more than you or I ever will, love is possible.

Watch the show. If you find yourself laughing at small quirks in the beginning, stick around for a couple of episodes. I can’t guar­antee a change in heart, but you may want to con­sider approaching rela­tion­ships with the same amount of care and thought as the con­tes­tants do. 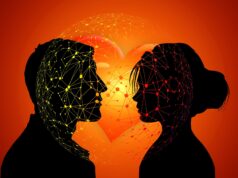 If you want love, study it first 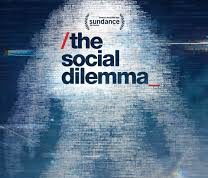 The ‘Social Dilemma’ has a message: Put the phone down and listen up