In the midst of a tight pres­i­dential race in Michigan, Repub­licans swept Hillsdale County elec­tions with wide margins.

The Hillsdale County Clerk’s Office reported 23,433 reg­is­tered voters in the county par­tic­i­pated in Tuesday’s election, which is 61.67% turnout.

Pres­ident Donald Trump carried the county, receiving 17,037 (74.16%) votes, fol­lowed by former Demo­c­ratic can­didate Joe Biden with 5,883 (25.26%). This is one of the most decisive vic­tories for any pres­i­dential can­didate since 2008 according to the Hillsdale County Clerk’s Office.

After receiving the unof­ficial results, Fink posted on his Facebook page, “Thank you, 58th Dis­trict, for voting and making me your next state rep­re­sen­tative! I’m ready to GET TO WORK.”

Megan Stiverson thanked her sup­porters on her campaign’s Facebook page just prior to the final results, saying, “Your support throughout this cam­paign and the insightful and mean­ingful con­ver­sa­tions I’ve had, as well as words of encour­agement, have led to great results. God bless.”

In the city of Hillsdale, Robert L. Socha won a tight race for the Ward 4 city council seat, receiving 388 votes to Penny Swan’s 335. Socha will replace Coun­cilman Matthew Bell. Socha will be joined by incum­bents Tony Vear, Cynthia L. Pratt, and Bruce Sharp, who all ran unop­posed in their respective wards.

In a statement to the Hillsdale Daily News, Socha said, “I want to thank everyone who took the time to vote, espe­cially those in Ward 4, I am honored to have been chosen and pledge to serve our city well.” 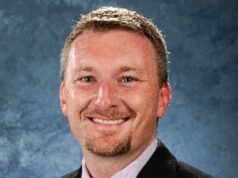 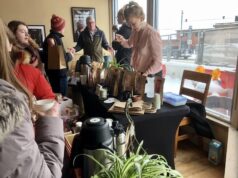 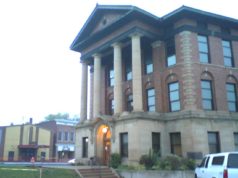