The Hillsdale College football team had its fall inter­squad scrimmage at the Frank “Muddy” Waters Stadium on Sat­urday, Nov. 14.

Stu­dents, faculty, and parents endured 40-degree tem­per­a­tures to watch the team cap off fall prac­tices with a white offense vs. blue defense scrimmage. This was the last full-team activity for the Chargers until the spring season begins. It was also the ath­letic department’s first and only spec­tator event of the semester.

“I thought we played hard and that we com­peted well,” Otterbein said. “It was a nice change of pace. Even though it’s just practice, having offi­cials there makes it a little more important to the team.”

Otterbein said it was unfor­tunate, however, to have players who were unable to par­tic­ipate last weekend due to contact tracing and pos­itive COVID-19 cases that have sur­faced around campus.

“Many of the guys that will be out there in the spring were missing because of pos­itive cases, but that was also a pos­itive because others get the oppor­tunity to step up,” Otterbein said. “As you look at the COVID era of ath­letics, you have to be ready for the next man up because you never know how things will go.”

One of the players who was given the oppor­tunity to step up was freshman running back Jack Robinson, who had a great expe­rience in his first inter­squad scrimmage.

“This scrimmage really allowed us to see where everybody is really at,” Robinson said. “In sit­u­a­tions where it’s not “live” periods, meaning that we don’t go full go and tackle, we really can’t tell if everyone’s tech­nique and skill set is, so it was great to get a picture where myself and my team­mates are in that aspect.”

The Chargers will take some time off and then begin full-team practice in January as they prepare for the spring season. They will have a six-game, con­ference-only season beginning on March 13 against the Uni­versity of Findlay at home. 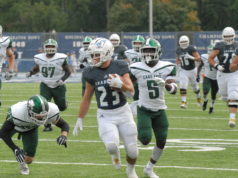 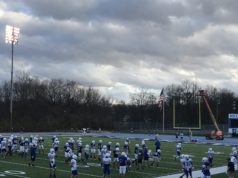 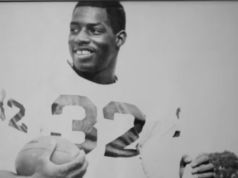