With the first game scheduled for Dec. 3, the Hillsdale College men’s bas­ketball team is preparing for the new season with the help of two new assistant coaches. Assistant coach Eric Weiss and asso­ciate head coach Keven Bradley reunite under head coach John Tharp as they look ahead to the upcoming season.

“It’s been great to be around a bunch of smart young kids,” Weiss said. “I’ve just loved being here for four or five months and it’s really been a special place.”

The pair was hired during the height of the country’s restric­tions sur­rounding the COVID-19 pan­demic, a process they say was far from an easy one.

“I came in and inter­viewed the Monday the world shut down,” Weiss said. “Tharp offi­cially offered me the job, but the college couldn’t hire anybody until July. I sort of had one foot in and one foot out for a while.”

For Bradley, the hiring process was far quicker.

“It was in a matter of three weeks, I had signed a con­tract, sold my house, and moved every­thing to Michigan,” Bradley said. “For me, the goal was to get up to Hillsdale as quickly as pos­sible, and get accli­mated to the school, and with coach Tharp and what he was looking for and needed to get done.”

This season will not be the first time that these coaches have worked together, with expe­rience stretching back to their days at Lawrence Uni­versity. Both Weiss and Bradley grad­uated from Lawrence, where Tharp was the head coach for 13 seasons. While at Lawrence, Weiss played for Joel Depagter, a former assistant coach under Tharp, and Bradley played for Tharp himself.

“Eric grad­uated from Lawrence Uni­versity, and played for a guy who was a former assistant coach of mine,” Tharp said. “Bradley has been a really suc­cessful assistant coach when he was at Upper Iowa and Parkside, and he played for me back at Lawrence.”

Tharp says that this back­ground at Lawrence helps the coaches to under­stand what a small liberal arts college is. Bradley espe­cially finds this expe­rience to be important to his extended career.

“A big part of my growth was spending six years at Upper Iowa Uni­versity and being a graduate assistant for two years,” Bradley said. “Then I was pro­moted to a full assistant, and I was fig­uring out and learning how to be a recruiter and what things work well for me, and what things don’t.”

Now that they have settled into their new jobs, they said they’re looking forward to their first season at the college, and getting used to their new responsibilities.

“I take care of some office stuff, whether that be travel, getting a hotel con­tract, or equipment, or talking to the gear guy,” Weiss said. “I usually watch some film, either on practice or an opponent or recruit, his high­light film, whatever it may be.”

After his pre­vious jobs as both a graduate assistant and the director of bas­ketball oper­a­tions while at the Uni­versity of Wis­consin Mil­waukee, Weiss says that he has expe­rience being a jack of all trades.

Bradley finds that a great deal of impor­tance lies in per­sonal con­nec­tions made with the players.

Tharp says that the pair is an excellent addition to his staff and seems to reflect this sen­timent toward the team.

“They are great kids, they work really hard, they’re always in the gym, and it’s easier as a coach to step into a place that already has a culture estab­lished,” Weiss said. “I think these guys love each other, and they’re coming off a cham­pi­onship season so for me it’s more about car­rying on what’s already going on. I’m not trying to reinvent the wheel or change things.” 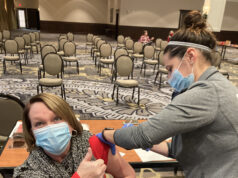 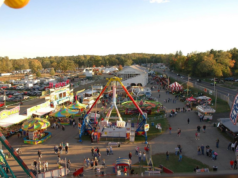 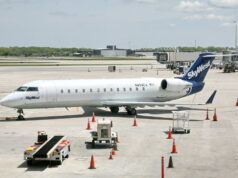