“What’s special about Atlanta is how arbi­trary it is,” said Atlantan and Hillsdale College graduate Aaron Schepps ’14.

Areas like Wash­ington, D.C. or Grand Rapids, Michigan have long been the centers of gravity for clusters of Hillsdale College alumni. But Atlanta is the newest landing spot among alumni due to Atlanta Clas­sical Academy, an affiliate of Hillsdale College’s Barney Charter School Ini­tiative. To Schepps, Atlanta’s arbi­trary quality has a sort of pull.

Schepps and several other alumni who grad­uated between 2014 and 2019 moved to the city to help found the academy. All together, around 15 people con­nected to Hillsdale have lived in the same apartment for more than five years, including a history pro­fessor Samuel Negus who left the college to teach at the academy for a time. They call this apartment, “the Commune,” located in Buckhead, a neigh­borhood just north of Midtown.

Schepps was one of the first to set his roots in the city. In 2014, he moved after grad­u­ating — and getting married the day after. He worked as a lit­er­ature teacher his first year at the school. He is now the assistant prin­cipal of the upper school and lives with his wife and daughter in a home nearby. He still remains close to the Commune — an inten­tional decision made by him and his wife, Megan.

“The ad was all caps and said, ‘Have you ever found the best deal in Buckhead?? AAA location. A++’ so it looked like a scam,” Schepp said. “But it didn’t have a lot of the trap­pings of a scam so we called the number and it linked to a Chinese restaurant and I said, ‘Okay, this just seems like a really good deal,’ and sure enough it was a real listing.”

Schepps orig­i­nally started teaching at the school with Joshua Andrew ’14, who is now the prin­cipal of the upper school, Garrett Holt ’14, former RA of Simpson dorm, and three other alumni. All together, nine moved down that year. Then Schepps began making a steady effort to recruit more people from Hillsdale. Others fol­lowed, and even­tually the name, “Commune,” stuck.

“We’ve simply picked one place among what could be many and decided we’re going to make it a pri­ority to live in con­tinued com­munity with people with whom we share strong values and with whom we’d like to do really hard things, like making our way through life,” Schepps said.

Amidst the hard things, Schepps said there are bursts of fun throughout their weeks, as the group takes full advantage of all Atlanta has to offer.

“Dining from all over the world in the most unbe­lievably cheap forms. You can basi­cally street dine for $7 a head for 15 miles,” Schepps said. “At various times we’ve had an event where we go out to Buford Highway and try some­thing new every week.”

Other Friday night activ­ities include making a potluck meal together, grabbing takeout, or going out to bars and brew­eries.

“Some­times stuff pops up in the middle of the week,” added James O’Rourke ’17, another Atlanta trans­plant who tests software for Blue­Fletch, an app devel­opment company. “There’s a general expec­tation that if someone wants to see you they’ll go knock on your door, kinda like the open-door policy that was prevalent in the dorms.”

O’Rourke moved in the day after grad­u­ation. He came on a whim for a summer internship without knowing anyone but Aaron Schreck ’16. Within three weeks, he said he started to feel welcome by the Hillsdale com­munity that already existed.

“I showed up here not knowing anybody and the only guy I knew moved out in three weeks,” he said. “Even at that point in time we were com­fortable and I had a lot in common with them even though we were at least three years dif­ferent at Hilldale.”

O’Rourke said he was blown away by the cama­raderie and like­mind­edness.

“I’m sure not many people have the oppor­tunity to leave their school and retain that sense of purpose and encour­agement to keep learning that you expe­rience at Hillsdale,” he said.

“It’s weird to say but [Atlanta] is not a fun place to visit,” O’Rourke said. “It’s a great place to live.”

Haley Hauprich ’19, one of the Atlanta’s  new­comers, agreed. She moved to Atlanta to teach lit­er­ature at the academy and has quickly found a com­munity in the city like the one she loved on campus.

“In many ways it’s felt like an extension of college,” Hauprich said. “The things that I loved about Hillsdale — being with people I cared about, spending time with them, being in com­munity — it def­i­nitely feels like the people who came here before me were really delib­erate and inten­tional about cre­ating that and I just sort of fell into that and inherited it. And now I get to be a part of it.”

Hauprich said she has enjoyed walking the BeltLine — a series of walking paths around the city — and stopping off at brew­eries along the way. She also enjoys Krog Street Market, a local food hall, and coming back to the apart­ments and playing games with everyone.

This group has suc­cess­fully formed what many Hillsdale grad­uates remember as the school’s unique charm, said Schepps. To him, that founding spirit coupled with inten­tion­ality is the basis for the success of the Academy and this com­munity of friends.

“I love the way in which when you go and get what you get at Hillsdale you rec­ognize the need to replicate it in the world in both small instal­la­tions,” Schepps said, “Like having a weekly tea time or trips to Buford Highway, or bigger efforts like starting new schools and planting new churches.” 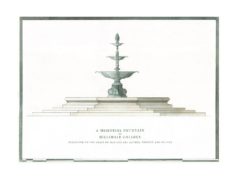 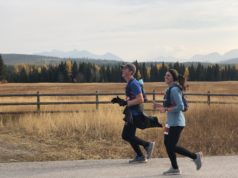 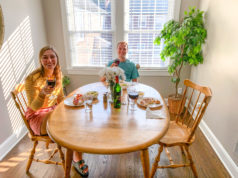