National political reporter Salena Zito arrived in Hillsdale last week, but not in the way you might expect.

“I don’t fly, I don’t take highways, I don’t take turn­pikes,” Zito said in her speech in Plaster Audi­torium on Oct. 22. “I only take back roads. If I fly or take a highway I’m going to miss the story between point A and point B.”

Zito, a columnist for the Wash­ington Examiner and New York Post, as well as a con­tributor to CNN, gained national noto­riety four years ago for being one of the few jour­nalists to cor­rectly predict the results of the 2016 pres­i­dential election.

Zito’s approach to jour­nalism has given her unique insights into American pol­itics, she said. A native and lifelong res­ident of Pitts­burgh, Penn­syl­vania, a proud “Yinzer” in the local ver­nacular, Zito credits her time at the Pitts­burgh Tribune-Review for much of her jour­nal­istic success.

Zito’s big break came from an astute obser­vation she made during the 2016 pres­i­dential cam­paign: Trump’s sup­porters take him seri­ously, but not lit­erally; his oppo­nents take him lit­erally, but not seriously.

To many, Trump’s his­toric win was a shock. But not to Zito. For more than a decade, she’d been trav­eling beyond urban areas and talking to people from all walks of life. She under­stood the pulse of the elec­torate better than many of her col­leagues and saw the momentum building up to the 2016 election.

“I listen to voters,” Zito said. “The thing I learned in 2006 is that voters feel they are sending people to Wash­ington and the politi­cians keep mis­reading why they’re being sent there.”

The 2006 election resulted in many frus­trated Repub­licans voting for Democrats in hope of a change, proving to Zito that voters would go across party lines when nec­essary. When Barack Obama won in 2008, he ran an aspi­ra­tional cam­paign of hope and change — a message that drew a lot of people together.

“In that cam­paign he still kept the New Deal coalition of the Demo­c­ratic party together,” Zito noted. “And what did that mean? It meant working class whites were still welcome in the Demo­c­ratic Party. By 2012, Barack Obama decided to shed off the New Deal coalition. He was going to rebuild the party with the ascended coalition — minorities, young people, women, and people with 32 dif­ferent degrees.”

That change, as Zito saw it, “left a lot of people on the table.”

Then came Trump, who Zito said “came across as a guy who wanted to shake things up and build stuff.” He appealed to regular Amer­icans long-ignored and mobi­lized a new con­ser­v­ative pop­ulist coalition among Repub­lican voters. In Zito’s view, Trump didn’t create the coalition, but was a result of dis­en­chantment with D.C. politi­cians that began years earlier.

When Trump announced his can­didacy in 2015, Zito’s takeaway was a strong message to voters — one that would ulti­mately win him the election.

“What I heard was, ‘I got your back, I have your com­mu­nities’ back, and I am going to break things apart in D.C. because D.C. does not have your back.’ That’s what voters heard. They didn’t hear the things reporters wrote about,” she said.

Unlike most main­stream reporters who focus on big cities, Zito zeroed in on spe­cific counties that could swing the 2016 election, most notably in her home state of Pennsylvania.

“In July of 2016, I decided to drive across all 67 counties of my state,” Zito said. “I knew my state. I knew there had already been a tra­jectory in my state that most national reporters hadn’t picked up on. People think of Penn­syl­vania as a blue state, but what everybody missed is that Penn­syl­vania had become just a smidge — 0.4% — more Repub­lican every four years.”

Zito said driving through rural towns pro­vided an insider view that couldn’t be seen from driving across the interstate.

“As I drove around those 67 counties and did inter­views, 10 counties stood out to me as over-excited for Donald Trump,” she said. “I saw homemade signs, houses, and barns painted with ‘Trump’ on the side, and even a horse with ‘Trump’ painted on its side.”

These obser­va­tions led to a pre­diction that would bring her national fame and crit­icism: Trump would win the 2016 election.

“Zito’s lecture, in con­junction with her class, gave really down-to-earth insight about who the real American voter is,” Redjai said. “She looks beyond the opinions and views of coastal elites and is pas­sionate about telling the stories of for­gotten American voters who elected Trump in the first place. To Salena, everyone is from the ‘middle of some­where,’ as she likes to say, and her stories on the road show what’s important to those who often aren’t given a voice by the modern media.”

Heather Tritchka, who attended the lecture because her daughter is a sophomore at Hillsdale College, said she was sur­prised by how much she enjoyed the lecture.

“I didn’t know who Zito was before I went to the talk, so I didn’t go with expec­ta­tions,” Tritchka said. “When she started talking, I was so impressed with how relatable she was and I felt like I was talking to her per­sonally. I didn’t even look at the clock one time and I was dis­ap­pointed when the talk ended. I could’ve lis­tened to her talk a lot longer.”

Zito still covers elec­tions the way she did in 2016 — by going to often-for­gotten but important counties and getting to know their cul­tures. She con­cluded with a piece of advice for those in any field.

“No matter what you do or where you go in life,” Zito said, “take the backroads.” 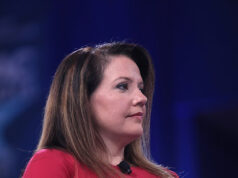 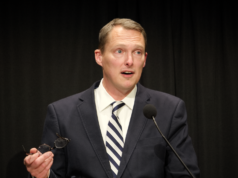 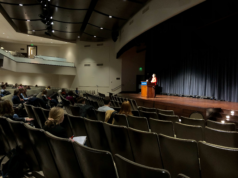