Senior Calli Townsend wanted other girls to expe­rience a rich, per­sonal journey of learning about the Bible and them­selves in relation to it. That is why she wrote her own devo­tional book for young girls.

After almost a year, Townsend’s passion project has become acces­sible for all, and it started at home. Townsend thought of writing a devo­tional book while running  an online Bible study for middle school girls in her hometown. She was stuck making videos with bib­lical mes­sages but thinking there was another avenue to reach these girls.

“I’m better at writing than talking, so I stopped doing videos and started writing the book instead,” Townsend said. “Writing I felt like I could do a lot more with. I could reach a lot more people.”

A devo­tional, Townsend said, was dif­ferent because it felt more per­son­alized, and growing up, devo­tional books were an important part of her faith building.

“For me, it was a much easier way to under­stand and absorb the Bible,” Townsend said. “That was a huge part of my faith growing up —  being able to expe­rience the Bible in that kind of way — so I knew it would help other girls as well.”

The devo­tional is a 16 week book with dis­cussion ques­tions and jour­naling built into it, so each girl can write in her own story. It targets 12 to 18-year-olds, and Townsend said she took a survey of the girls in her Bible study to see what they were strug­gling with at their age.

“It basi­cally takes you through the foun­da­tions of faith, like knowing who God is and what he thinks of you and how much he loves you, and then how much that plays out in your life,” Townsend said.

Townsend gave Hillsdale College Ath­letic Director Mike Roberts four com­pli­mentary copies of the book for three of his four daughters and his wife to review and expe­rience. Roberts and his wife wanted some­thing to encourage their daughters to journal and set aside quiet devo­tional time.

“It is some­times dif­ficult to find devo­tionals they connect with,” Roberts said. “The neat thing about Calli’s is that they know of the person that wrote it …and given her prox­imity to high school, I think it puts her in a unique position to write to girls of that age because she was just there and she has this wisdom now of three or four years of college.”

Roberts said Townsend’s book is a “prac­tical piece” that urges youth not to“wait untill college to figure out who you are.” He also said he is impressed by Townsend’s mindset and work ethic.

“It’s so easy to get in sur­vival mode during college,” Roberts said. “That she kind of went outside of her comfort zone to serve others and do some­thing that wasn’t a requirement, but some­thing that God led her to do, is some­thing I really admire.”

Townsend announced her book on July 24 and opened the book to buyers on Aug. 21. It became a sort of mini business, she said. She also designed the cover on her own and said, besides for­matting, being patient was the hardest part of the process.

“I was just so excited and wanted it to be done, but there are just so many little steps you have to take,” Townsend said. “I feel really proud and also really excited.”

“Calli writes with a genuine voice and a godly wisdom that so des­per­ately needs to be heard in today’s world,” she wrote. “God’s love shines so clearly through this book in a way that is sure to change the reader.”

Townsend said she hopes the devo­tional will help girls under­stand them­selves through God.

“The goal is to help girls under­stand who God says they are and his love for them in a more clear and deep way,” she said, “and to allow that to transform their lives into some­thing more pur­poseful and ful­filling.” 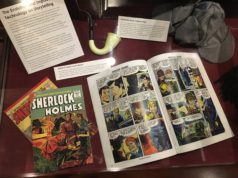 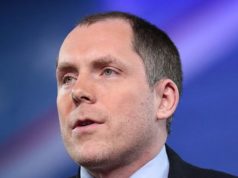