This weekend the Student Activ­ities Board is hosting Harvest Fes­tival, the first event since the can­cel­lation of the Garden Party. The event will be a car­nival cel­e­bration chock-full of pumpkins, balloon animals, and deep-fried treats.

SAB typ­i­cally hosts its Fall Fest event during Parents Weekend, but this year the group is taking ele­ments from the pre­vi­ously-scheduled Car­nival in the Arb and cre­ating a new family-friendly event fea­turing dozens of car­nival activities.

“We would always joke that Fall Fest is our ‘white girl’ fall event where we drink coffee, eat donuts, listen to music, and paint pumpkins,” said junior and SAB Big Event Leader Luciya Katcher. “We’re keeping some of those ele­ments but making it bigger so it appeals to a wider crowd on campus.”

The event will include pumpkin carving and painting, con­cession foods, car­nival games, a balloon artist, photo booths, and an air­brush tattoo artist.

“We also invite the faculty members and their fam­ilies, and all the parents that are in town for Parents Weekend because it’s an activity for everyone to do,” Katcher said. “We want to reach a wider interest and demographic.”

All food will be pre-packaged and handed out by SAB staff members in order to have less contact, keeping every­thing pan­demic-safe, Katcher said.

After the can­cel­lation of the Hillsdale County Fair this year, the Harvest Fes­tival will provide some of the attrac­tions and food that the stu­dents and faculty missed out on in September.

“We shifted more toward the car­nival aspects this year,” Director of Student Activ­ities Zane Mabry said. “Fall Fest has been a repeated event in the past and campus knows what to expect. It wasn’t a gigantic shift in style and vibe of the event, but we just wanted a little bit of a rebrand.”

SAB plans to go forward with the rest of its scheduled events this year.

“We’re excited to get back into the swing of the semester,” Mabry said. “Espe­cially being off for a few weeks, we’re excited to keep doing what we’re doing and get back out there. 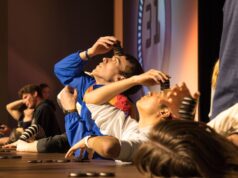 The Weekly: Parents Weekend is about relationships 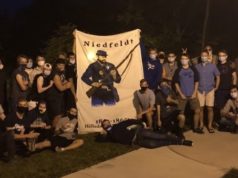