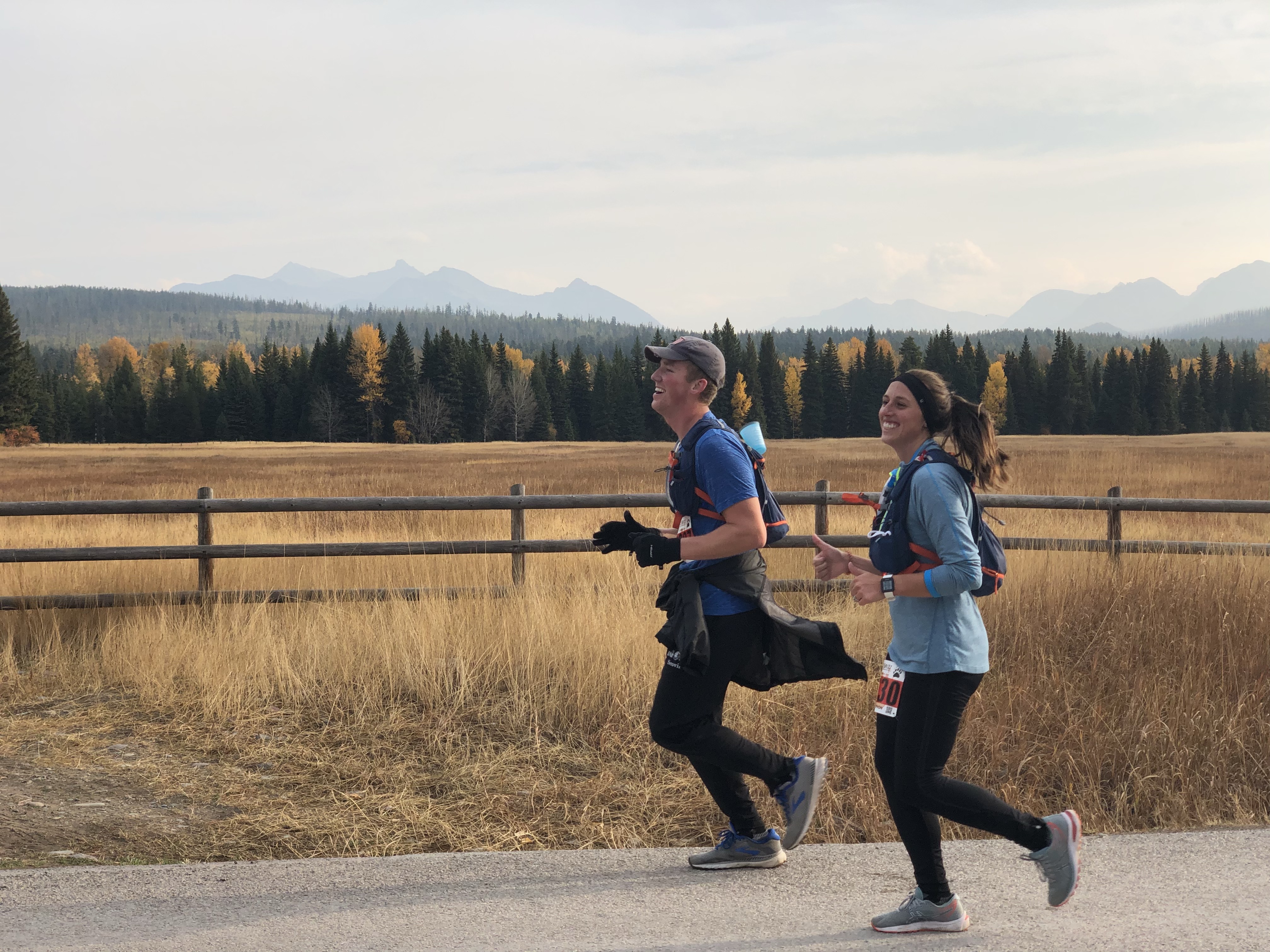 Asso­ciate pro­fessor of eco­nomics Charles Steele has run over 1000 miles in numerous 50-mile races, and has now added another 50 miles to the count, but this time with company.

This October, Steele recruited senior Nick Scovil, Lauren Sheard ‘19, Emma McCormick ‘19, and Derek Spiteri, owner of Handmade Deli, to run with him at the Le Grizz Ultra­ma­rathon, a 50-mile race in Montana. Steele has fin­ished 19 of his 23 50-milers, and has run a total of 52 “ultras” – races longer than a marathon.

Although this was most of the group’s first time running the Le Grizz Ultra­ma­rathon, Steele ran his first Le Grizz ultra in 1983.

“My first ultra changed the way I think of things,” Steele said. “Endurance sports are about being per­sistent, and dis­tance running empha­sizes that, but ultras really emphasize that. Some­times you don’t succeed at some­thing, but it’s never because you quit.”

In 2010, Steele received the Ten Bears award for fin­ishing 10 Le Grizz Ultra­ma­rathons, and he is now working toward com­pleting 20 in order to receive the Chief Ten Bear award.

“As you can imagine, pur­suing this has been a long-term goal and project,” Steele said. “It doesn’t have much to do with fame or awards, it’s wanting to do a thing that is really a part of me and has been for most of my life.”

Spiteri had run ultras during quar­antine with dif­ferent Zoom groups, but Le Grizz was his chance to finally run an ultra on an in-person pro­fes­sional course.

“I guess in my typical style, I just dove head­first into it,” Spiteri said.

This race was much harder than Spiteri’s past long-dis­tance running expe­rience because he had to run all 50 miles in a row, com­pared to the 40-mile races he was doing where he ran four miles every hour with scheduled breaks.

“A lot of people will talk about ultra running as a kind of a metaphor for life,” Spiteri said. “There’s ups and downs and you’re not going to be up the whole time you’re running 50 miles.”

Scovil ran cross country and track in high school and started training for the Le Grizz Ultra­ma­rathon in July.

“I always liked running longer dis­tances because for me there was less pressure because you can run slower,” Scovil said. “But this race was an oppor­tunity to do some­thing chal­lenging and unique with old friends in an amazing part of the country.”

Scovil said finding a fun group of people to run with makes a big dif­ference, and this group was no exception.

“Dr. Steele made the comment before the race that if Derek runs half as good as he makes sand­wiches, then he should break the course record,” Scovil said.

“I was last across the finish line, but who cares?” Steele said. “The goal is to cover 50 miles and do it as well as I can in the con­di­tions I face. Mission accom­plished.”

No matter the con­di­tions, Steele reit­erated the impor­tance of pressing into the chal­lenge in order to step out stronger on the other side.

“To some extent, the race is about sur­viving a chal­lenge,” Steele said. “There’s a kind of respect and support ultra­runners have for each other because we all suffer the same things, whether we’re at the front, back, or middle. You have to step outside what is com­fortable to pursue some­thing really chal­lenging, even if it’s intim­i­dating. That’s part of why I run ultras.”

Steele plans to con­tinue running his ultras, no matter the dis­tance.

“I’ll do this for as long as I can,” Steele said. “If I die, I have friends who have promised to drag my body or carry my ashes across the finish line.”