Born and raised in Hillsdale for over 42 years, and running a suc­cessful law practice for the last 24 years, Brendan Sanger, an attorney from Litch­field, is running for Hillsdale County dis­trict court judge.

But unlike many who make the decision to run for a gov­ernment position in their later years, Sanger felt the calling as a teenager.

“When I was 15, the Lord put it on my heart. It is kind of a weird thing for the Lord to put on my heart,” Sanger said. “But I always knew I was going to run for judge, and now was the appro­priate time to run.”

The decision comes during the national unrest, with Sanger’s desire to do the right thing and serve justice.

David Dinkelman, former Hillsdale dis­trict court mag­is­trate and Hillsdale attorney for over 45 years, believes Sanger is the right man for the job. Din­kleman endorsed Sanger calling him a “gre­garious guy who is made for the public sphere.”

“He has a judicial tem­perament,” Dinkelman wrote. “I have never seen him inap­pro­pri­ately angry, he is approachable and quick to acknowledge others.”

His per­son­ality will carry him far because as dis­trict county judge, Sanger believes while it is important to go after the illegal drugs in the com­munity, his focus will be on reha­bil­i­tating offenders so that they may con­tribute to society.

Sanger said his strength will be using his con­nec­tions to set up those strug­gling to find work due to their past with jobs. In the end, his desire to serve all comes down to Sanger’s love for people, and the town.

“My favorite part about Hillsdale is the history, the tra­dition, and the people,” Sanger said. “I know every road in the county.”

In addition to his law practice, which has led him to practice law by both the State of Michigan and Federal US Dis­trict Court, Sanger has served as the cor­porate sec­retary officer to the Per­se­cution Project Foun­dation, a large multi- million dollar, non-profit cor­po­ration, that has brought imme­diate aid to per­se­cuted persons.

It is Sanger’s service to others and open per­son­ality that led James D. Hayne, former Hillsdale dis­trict court judge and attorney for over 50 years, to endorse Sanger.

“He is a very straight, honest, and very prag­matic man. He deals with facts of the case and nothing more,” Hayne said. “He has a great sense of humor and the fact of the matter is he is very easy to work with. He is very nice, an unas­suming person and a hard worker.”

Din­kleman agreed, empha­sizing Sanger’s gre­garious per­son­ality, and going as far as to describe him as a man “who is made for the public sphere.”

Above all, however, Sanger values family, and his com­mitment to his wife, daughter, and extended family is what has made him likeable in the election.

“My kids went to Hillsdale Academy with his rel­a­tives. His niece and nephew were in my son and daugh­ter’s classes. I saw him at numerous events such as dinners, plays, assem­blies and sports.  This is a remarkable time sac­rifice espe­cially. when it is as an uncle and not for his own kids.  He was sup­porting his rel­a­tives and the school — visible acts for the com­munity,” Din­kleman wrote. “His sister recently took a job there fol­lowing years of a man­agement role at the college. This, plus his fam­ily’s com­munity action in Litch­field shows a natural bent to the com­munity.

But regardless of the outcome, Sanger hopes the voters exercise their right to vote in the election.

“What I really want is for the voters to judge each can­didate by their merits.” 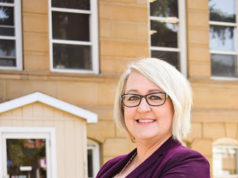 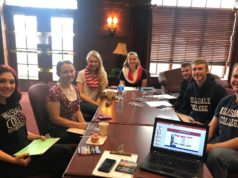 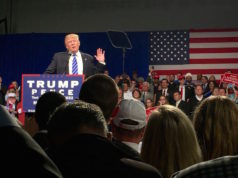